No more buying Blu-Rays and DVDs

No more buying Blu-Rays and DVDs 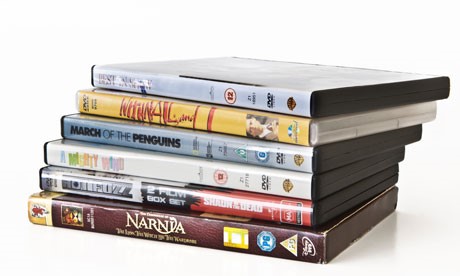 I love movies and I’ve always had a vast movie collection. First it was VHS, then it was DVD, and then Blu-Ray. At law school and at work, people would borrow my movies and almost all of them would return it. The DVD collection was so vast that my friend John called it “AryFlix” and that’s when Netflix only rented DVDs, so I don’t have a streaming service.

The collection survived the flood, at least most of it. There were some casualties where water somehow pierced the inside of the discs. The collection was getting a little too large and with all the items attached to the TV, I just stopped watching my vast movie collection.

Then I got Apple TV, which had the same movie collection as my IPad, and I’ve never watched a movie on my IPhone by the way. Blu-Ray movies started offering a digital edition too, so I didn’t have to buy all of my old movies for another format, a digital ITune version. The problem is that many of the movie studios didn’t offer an ITunes version and just offered an UltraViolet version which you can watch on your IPad through some other apps, but not through Apple TV. So I had enough and I decided to stop buying BluRays all together except Star Wars and the occasional Disney classic.

As far as adding some of the older movies on ITunes, I discovered that they always run sales. So daily, I check out http://www.blu-ray.com/deals/?category=ituneshd and see which movies and TV shows are on sale. Sometimes you can buy The Sting for $14.99 and sometimes, you only have to pay $4.99. I like saving money.