The Lego Batman Move is a great movie for adults

The Lego Batman Move is a great movie for adults 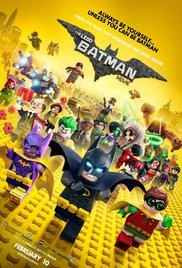 With a 10 year old and an 11 year old, movie choices are limited. So the best kid’s movies are the movies that actually connect and entertain with the adults and The Lego Batman Movie did that.

The Lego Batman Movie is a spinoff of The Lego Movie for a few years back because Will Arnett’s voiced Batman was probably one of the best things of that earlier movie. Lego Batman is great because it doesn’t stop from poking funny at Batman, his origin, his relationship with Superman, and the odd pairing with Robin.

The Batman TV Show (which has a spot in the movie) was camp and The Lego Batman Movie strives for parody and using Lego to poke fun at such a DC Comic icon without wasting a live action movie on it is amazing.

Will Arnett is great as Batman as well as Michael Cera as Robin. Stay for the credits and you’ll be amazed about the talented voice cameos from some of Hollywood’s best and brightest.