The Super Bowl settles the G.O.A.T.

The Super Bowl settles the G.O.A.T. 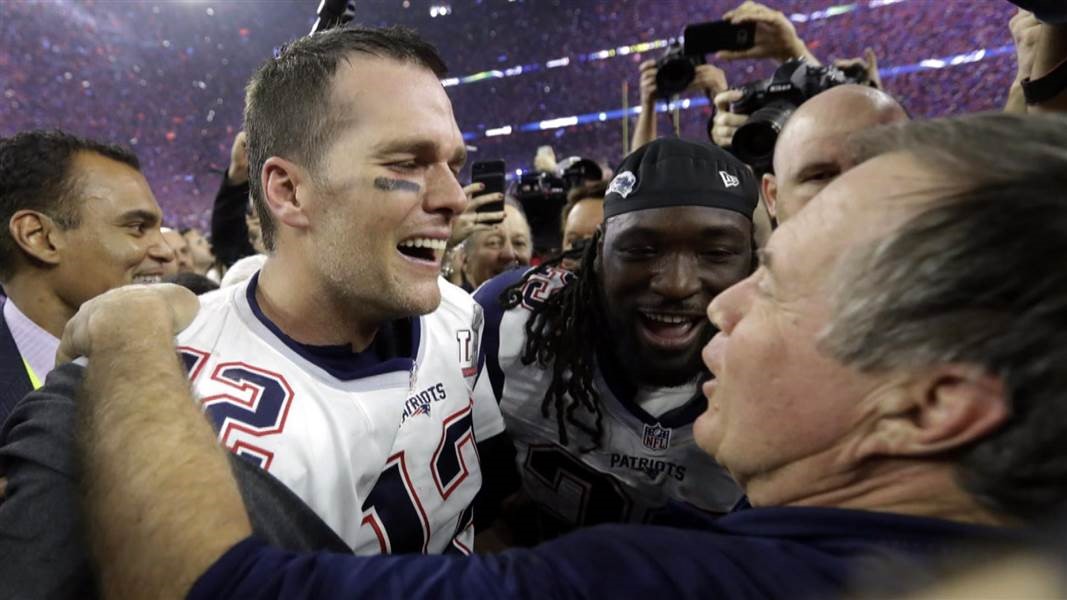 Five Super Bowl titles over a 16-year period and it would have been seven if it weren’t for Eli Manning and the New York Giants. No team or dynasty in NFL history has been that good for that long. Yes, the Pittsburgh Steelers won 4 titles in six years and the Green Bay Packers won 5 titles over 7 years. However, they won those titles when there were less teams in the league and there wasn’t this thing called the salary cap which has helped create a parity where teams can become contenders in three years instead of being perennial losers,

Brady is achieving success at age 39 when players like Terry Bradshaw, Joe Montana, and Johnny Unitas were done. None of those guys were able to achieve that level of success at such an advanced age.

Everyone can talk about Spygate and Delflategate, but Belichick still has teams winning in a consistent basis. Most dynasties in the NFL last 10 years, he’s able to get the Patriots winning now over a 16-year period. Add in his assistant coaching record, Belichick has been in 10 Super Bowls and he has 7 Super Bowl rings. Can anyone deny that he’s not the greatest coach of all-time? People will point out that he never won without Brady, but Brady is just one player and Belichick has had to deal with player overturn through the draft, retirement, injury, and free agency to still win. Not many people can say they’ve done that.

So let’s admit what Super Bowl LI settled, who are the G.O.A.T. for best quarterback and coach.