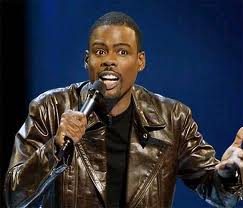 Being an ERISA attorney for a couple of third party administration (TPA) firms when I first started helps you develop a sense of humor because there are too many people I was associated with who had absolutely zero training when it came to plan administration.

While I worked for a TPA where it wasn’t a maniac who put the specs on the system, but by someone who had some authority and once started in the file room. It was a great rags to riches story except for the fact that she should have stayed in the file room and would blame anyone else but for ineptness. I can never forget the new client who wanted 1 loan outstanding in their plan document because participants were taking out 8 loans each. So I drafted what they wanted, but Ms. File room put on no loan limit on the system. When the advisor found out the error, Ms. File room blamed me even though the document had the one loan cap.

When it comes to plan specs, the plan document is the last word except if mistakes were made from the previous restatement. That happens for many reasons, but at least you start from there then something on the recordkeeping system that carries no weight. Of course, many use the summary plan description as a resource. It’s a great resource except when it’s inconsistent with the plan document.

In the end, the plan document is an important resource and it always needs to be made sure that the plan is operating according to its terms.