What Were They Thinking #8? Smokey and the Bandit Part 3

What Were They Thinking #8? Smokey and the Bandit Part 3 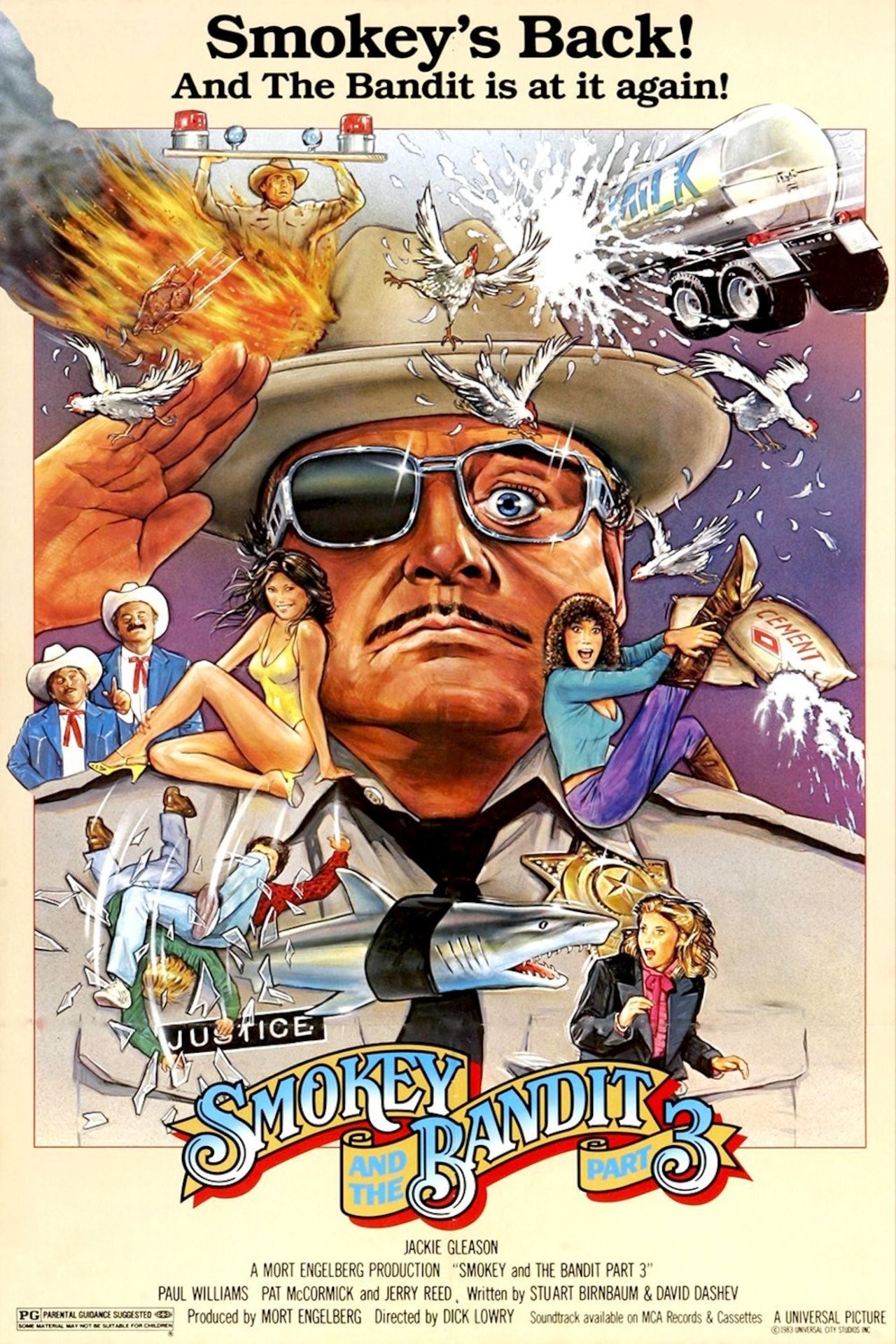 When I was 8 years old, my mother took me to the Canarsie Triplex to see some cartoon movie. As usual, there was something wrong with the print, so the manager suggested we see Smokey and the Bandit II. At 8, I thought the movie was a comedy classic and I’ve been a Burt Reynolds fan ever since.

I later watched the first Smokey and The Bandit and I was excited to hear that there was going to be another Smokey and the Bandit in 1983. Well, Jackie Gleason was back as Buford T. Justice (Smokey), but Burt Reynolds wasn’t back as the Bandit (who really was named Bo Darville for those who like trivia). Jerry Reed was back as the Snowman (Cledus), but it looked like he traded the tractor-trailer for the Trans Am. Actually, the movie appears to be a bigger mess than just missing Burt (who was there for a three second cameo).

Big Enos and Little Enos were back in the movie and I don’t think Pat McCormick and Paul Williams ever acted again after this movie. So for the third time, they make another wager where they bet against retiring Sherriff Buford T. Justice $250,000 against his badge to transfer a stuffed fish from a restaurant in Florida to Texas. Claiming they had enough of the Bandit, they hired Cledus to disrupt the Sheriff.

If the movie feels disjointed, it may have to do with the fact that Jerry Reed was hired late in the game and his scenes were reshot after test audiences reacted poorly to the movie. It seems that based on newspaper reports and a teaser trailer. The movies was supposed to be Smokey is the Bandit where Jackie Gleason was going to play Buford T. Justice and the Bandit or a different Bandit. In the teaser trailer (available on YouTube), Buford T. Justice explains that in order to beat the Bandit, he had to come like the Bandit. Whether he was playing the Bandit, another Bandit, or he had a split personality, Jackie Gleason playing another two roles would have been a hot mess (he did play three roles in Smokey and the Bandit II, but that was as Buford and his two law enforcement cousins).

Making a Smokey and the Bandit without Burt as the Bandit was just an absolutely bad idea. Burt was the Bandit and the star of two box office hits, a Burt less Bandit movie was not going to make a dent at the box office. The first movie grossed $300 million, the second grossed $66 million, and the third grossed $7 million. A Burt less sequel was an epic box office fail.