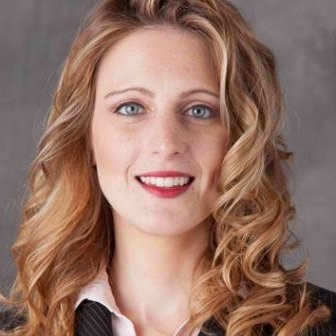 Cousin Oliver appeared in the last six episodes of The Brady Bunch and people hated him because his addition to the cast signaled the end of the show. Now Cousin Oliver didn’t kill The Brady Bunch, but his introduction at the end of the series was a sign that the show was coming to a close just like when Cousin Jeremy joined Eight is Enough or when Ted McGinley would join the cast of a show (except for Married with Children).

When it comes to The Howard Stern Show, many long-term fans complain how the show has changed from its rebellious roots to a politically correct show where Howard now fawns over his A-list celebrity guests when he used to mock these people on the show non-stop. Many fans blame the change in the show on Marci Turk.

Who is Marci Turk? Marci Turk is the chief operating officer of the Howard Stern channels on Sirius. Prior to being hired by Howard, she had no radio experience. Her last position was working as a consultant for the David Allen Company. Who is David Allen? He wrote Getting Things Done, which is some sort of organizational bible that Howard touted. I couldn’t read more than 5 pages of this book; it was boring as heck. Before that, Marci was a financial advisor for about 4 years.

Marci came on board because Howard probably felt he needed some organizational help. Tim Sabean who was running the Howard channels didn’t seem to have the ship or his bowel movements under control. Another thing that was uncontrollable was the staff. Benji Bronk was always late, Ronnie The Limo Driver was busy making money off of Howard’s fame with his Block Party shows, and so much time was being spent by his employees on The Wrap-Up Show that they weren’t getting their work done.

So Marci enters the fray and she starts managing the office. The Block Party Show is killed and The Wrap-Up Show quickly becomes a wrap-up show where a celebrity who isn’t big enough to be on the Stern Show could chat with Babbaboeey and Jon Hein. Around the same time, pretty much all-original content on Howard 101 is eliminated in a cost cutting move.

The main Stern Show has obviously changed. It’s no longer this rebellious radio show; it’s suddenly become more mainstream where A list celebrities no longer fear to appear. It’s a great platform to tout their new projects. While Howard would occasionally get A-list guests 15-20 years ago, they were few and far between. So since fans hear about Marci Turk, she gets the blame for this change.

If you want to blame anyone for the change in the direction of the show, blame Howard. Howard hired Marci Turk. She has zero radio experience before he hired her, so do you honestly believe that the change in the show’s direction is her fault? Of course not, Howard was never a big fan of authority, so there is no way she’s forcing him to change his ways. Marci is like the new girlfriend of some guy where all his friends hate her because they blame her for the changes they see in their friend. The fact is that the show has been evolving for years, a long time before Marci ever came on the scene.

As far as the change goes, this is what Howard wanted. While his painted himself as a rebel for most of his career, many rebels just want to be accepted and I think the change in the show is corresponding to Howard being accepted by the A-list. He used to make fun of Jennifer Aniston, now he goes to Mexico with her. People blame this on Howard’s friendship with Jimmy Kimmel for this Hollywood acceptance, but it probably has more to do with his wife, Beth.

So many fans feel betrayed. People who see themselves as rebels and outcasts thought Howard was one of them. If there was still a Studio 54, Howard would have been with us behind the velvet rope. Now Howard has been let past the velvet rope and through the club’s doors and he left us all behind being chummy with the likes of George Clooney. So many fans can’t deal with the fact that Howard “sold out”. In the end, I can’t blame him. The show has to evolve and this is what Howard wanted. So blaming the change on some organizational guru with zero radio experience is insulting to Howard because the change in the show is all his doing including hiring Marci.