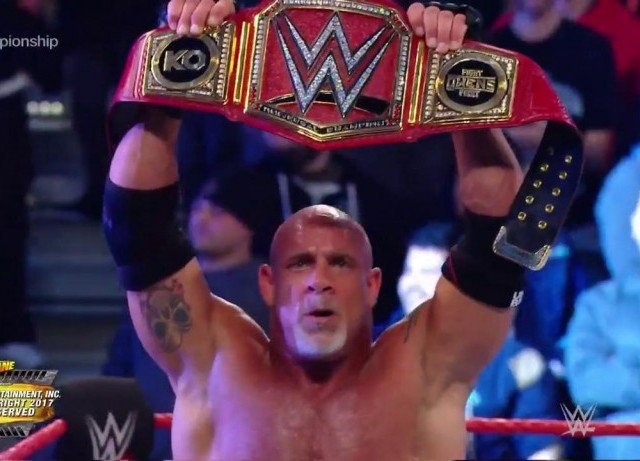 You would think a Jewish kid from Brooklyn would be the biggest fan of a professional wrestler named Goldberg. If you thought that, you’d be wrong.

I don’t like Goldberg and I never did. Probably because he was wrestling in World Championship Wrestling (WCW) and not the World Wrestling Federation (WWF, now WWE), which I watched.

I didn’t like Goldberg because of the black tights and the goatee, he looked like a Stone Cold Steve Austin rip-off. It also didn’t help that he didn’t have much wrestling ability because his matches were short and sweet. Goldberg was pushed quickly and did well with his winning streak. Once he lost his first match, the luster was gone.

He did wrestle in the WWE in 2003-2004, but then he left until he came back this past year. In three matches, he’s lasted then 10 minutes in the ring. It’s clear he has ring rust and he’s not allowed to get a bump. The problem is that when you’re a fan of Bruno Sammartino, Ric Flair, Bret Hart, and Shawn Michaels, Goldberg will never be considered great. He’s got a main event match at Wrestlemania and a title belt now that he just doesn’t deserve.