The Thing about that Oakley thing

The Thing about that Oakley thing 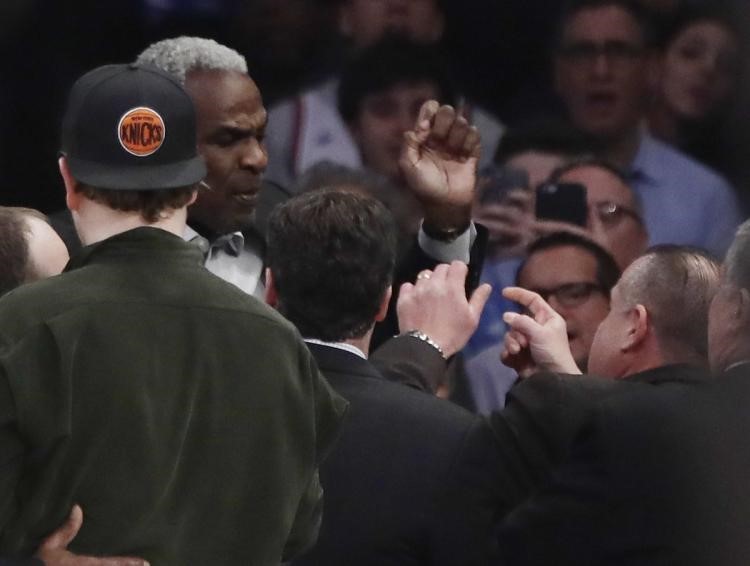 I’m an LA Clippers fan from Brooklyn and my wife was kind enough to score me some great seats for their game a few weeks back at Madison Square Garden through her employer.

The seats were fifth row behind the basket near the Knicks bench. During an early part of the game, I notice 6-8 guards surrounding Knick great Charles Oakley. Charles got angry and shoved a couple of them. The Charles was quickly escorted out, more like pushed out of the arena where he was then arrested. While I didn’t notice, it’s claimed that Oakley was heckling Knick owner James Dolan. Unlike many Knick greats, Oakley paid for his seat and he was a few rows behind Dolan.

From where I was standing, having a half-dozen guards surrounded was a bit much for a Knick great who didn’t appear to be bothering anyone. Oakley and Dolan have had a frosty relationship because Oakley isn’t afraid to say how Dolan has ruined the Knicks. Dolan later fired one of the heads of Garden security because it sounded like Oakley wasn’t supposed to be allowed to be there.

Whether Oakley was belligerent or not, it made the Knicks and Dolan look petty especially when they claimed Oakley was drunk and had a problem. When you’re trying to get fan support and entice prospective free agent players, treating a former great as if he was some obnoxious drunk fan is bad for business.

The retirement plan business is so competitive, so it’s a big mistake to put yourself in a position where you look bad. Just ask James Dolan, he’s been looking bad for years.