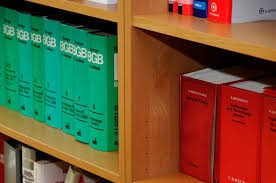 The Internal revenue Service (IRS) is pretty much out of the favorable determination letter business where they would issue a letter for a qualified plan. This has been a long time coming since the IRS no longer wanted to issue letters for volume submitter and prototype plans. So the IRS isn’t going to issue letters for individually designed plans and pretty much get rid of that 5 year rolling schedule for plans to get plan restatements and new letters issued.

So two of the leading ERISA law firms have touted new plan documented service where the firms will issue their own legal opinion whether the plan is qualified or not.

These are two very good ERISA law firms who I’ve had some interaction with. One did a heck of a job getting me out of the little problem of succeeding Matthew Hutcheson as the fiduciary of a multiple employer plan he didn’t embezzle from. The other ERISA law firm I recommended to write some great legal opinions for some multiple employer plans where they got paid and I’m still in the middle of trying to enforce a judgment to get paid on. So I think they do great work and they charge a lot for that.

As for their document services and their legal opinions, it’s a gimmick. It’s a gimmick because helping maintain the tax qualification of a retirement plan is what ERISA attorneys do. Are they doing anything more than they usually do? Aside from maybe penning a nice little opinion letter? Not really.

It’s nice marketing for large companies who want a reassurance that their plans are qualified and don’t care to pay more for a service they may not really realize they were going to pay for anyway. As for everyone else who has volume submitter and prototype plans, it’s not something they should be concerned with as long as they have an ERISA attorney (cough, cough) or a third party administrator who is control of their plan document work.