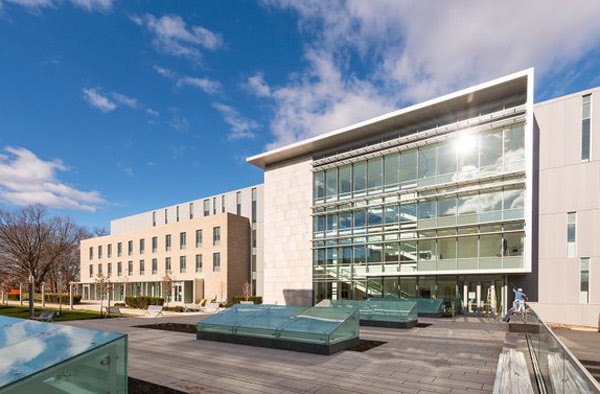 I’m a graduate of The American University Washington College of Law (WCL), class of 1997. I haven’t been back to visit since 1998 and I’ve never donated a nickel to them. It’s almost 20 years since I graduated; so much of the resentment about being sold a bill of goods that the law school failed to deliver is pretty much gone. However, the fact that WCL has slid to #85 in the latest U.S. News and World Report only proves what I’ve been saying about them for the last 20+ years and I enjoy being right.

When I applied to WCL in 1996, the school was ranked in the low 50s in the U.S. News and World Report and that’s when the school was crowded in a small law school building and having to have some classes in some of the University’s lecture halls. We were told a new building would be built and that would propel us into the top 50.

Having been there two years and a half a year in the new building, I knew why WCL wasn’t in the top 50 and it had nothing to do with the building. Career services was an absolute joke, our much heralded clinic program was available only to a few students who applied, and there was too much emphasis on international studies and their international LLM program. We also had a very left wing faculty who didn’t want to do anything that would help our reputation in law firm hiring circles such as offering class rankings and minus grades. We were the #3 law school in a two-law school town and I say that because there were several prominent law firms that wouldn’t hire our graduates.

After I graduated and there was enough time to factor in the new law school building, WCL did crack the top 50. That was wonderful for them, but I have to admit something about those law school rankings for someone who has had a few years of experience, they’re irrelevant just like that C+ I got in Civil Procedure I (I still love you Professor Corr). Whether WCL is #1 or #85, it doesn’t mean anything to my practice or me.

The top 50 ranking didn’t last long, so the new law school building wasn’t going to matter much. They had a leadership there that was there too long. I like Claudio Grossman, the person. As Dean at graduation, he mentioned my name in his speech (even though Congressman Jamie Raskin who was a Professor there wrote it), but 20 years is just too long for anyone to serve that long in the top position at any institute of higher learning.

The ratings started to free-fall when job prospects for law school graduates dried up.  The law school’s employment that was anemic when I graduated dropped to 61% for the 2015 graduating class, 157th out of all law schools.  No matter what professors think, employment for graduates is a big thing because unemployed graduates can’t contribute to the law school and unemployed graduates are part of an awful statistic. Poor job prospects have a great way of cutting back on law school applications and a lack of law school applications decreases competition for seats and brings a less desirable lot of students. Unlike sports, poor performing law schools can’t hope for a good free agent signing or draft to turn it around in a year or two. As WCL further slides in the rankings, it’s always going to be harder to get back out of the hole. WCL just opened up another new building, yet I haven’t heard if they are counting on another new building to bringing them back in the top 50.

WCL needs to try new things and realize that getting graduates hired is the most important thing for their bottom line and their rankings. They need to realize that they should have respect for and try to recruit law school students who don’t just subscribe to left wing views. They need to be different from all law schools and seek to change that third year of law school into something that could help their students get a competitive advantage over others. Maybe offer more externship opportunities especially to small and medium sized law firms who need help, but don’t want to pay for it. Getting law school students to have more practical skills once they completed the obligatory three semesters of required classes would make them more competitive.

WCL does have an ace in its hole and it’s their new Dean, Camille Nelson. I met Camille a few months back and she has the ability and ideas to turn the law school around. I think she’s amazing and it has nothing to do with the fact she’s from Canada. However, she’s one person and one person can only do so much if the faculty doesn’t back them. It reminds me of my time as a synagogue vice president. If Dean Nelson is allowed to push her ideas, then WCL will have a fighting chance. Otherwise, the rankings will further slide. Again, it doesn’t do anything for me except being right.