What Were They Thinking #11? Supertrain gets derailed

What Were They Thinking #11? Supertrain gets derailed 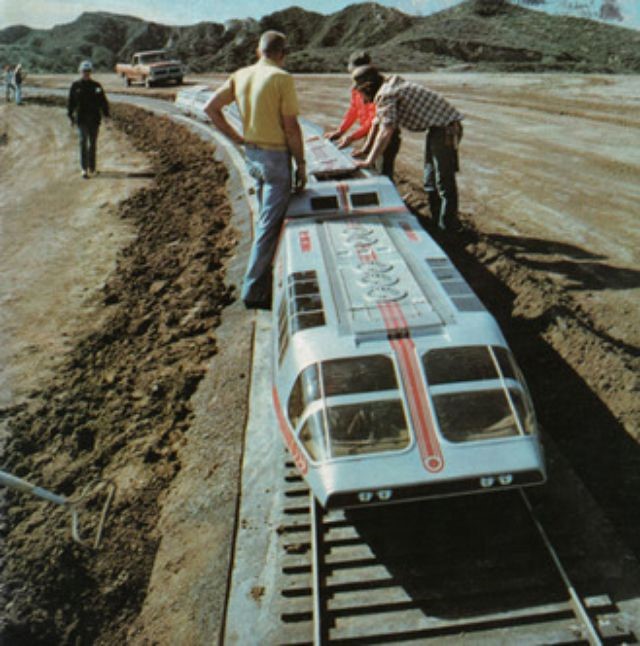 The Los Angeles Clippers were the biggest joke in sports for futility before they got Chris Paul. NBC was the Los Angeles Clippers of 1970’s network television, perennial ratings basement inhabitants. Aside from Little House in the Prairie and Sanford and Son, it was mostly new shows annually. Just look at their cast from the Battle of the Network Stars year to year.

In 1979, anthology shows like The Love Boat and Fantasy Island were big hits for ABC and their producer Aaron Spelling. The series would have famous guest stars with different storylines featuring characters interacting with the main coast on a cruise ship or island resport.

So NBC wanted that same kind of show, so they came up with Supertrain. What’s a Supertrain? It’s no Amtrak for sure. It was a nuclear powered bullet train that had a mall and swimming pool. It was supposed to be so wide, that it had to run on a wide gauge track. If you’re looking for a Supertrain, they never existed.

So essentially, it was Love Boat on a train. The main cast was uninteresting and the show was expensive. It was the most expensive show for it’s time and a lot had to do with the special effects for the show. Before the days of CGI, everything had to be done with models. So the Supertrain was this big model and one of the models crashed, which delayed production. It really didn’t matter as this boring show with a boring cast and mediocre guest stars flamed out after 9 episodes. They spent millions on a show that lasted 9 episodes and millions in those days of television was a lot of money. It nearly bankrupted NBC.

They spent too much money on the train, so the train was the star of the show. With The Love Boat, the star was Gavin MacLeod and the boat was a minor character It was so minor, all the shots shown were previously filmed and probably re-used from earlier episodes. By concentrating too much on the train, it ignored character development of the cast and drove audiences away.

It’s a notorious flop because of its cost, cast shakeups, producer shakeups, and a preposterous setting for a television show. Why would anyone go on a train with a swimming pool when they can take a plane instead?