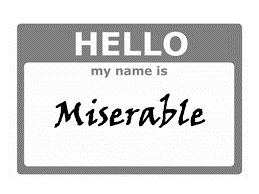 A few weeks back, I signed up my daughter with a new summer camp after she was at her previous camp for six years. Honestly, it was five good years at that previous camp and one not so great year. The one thing I’m happy about the camp change is that I no longer have to pay for a camp being run by not so nice people.  Since my daughter liked the camp, I got to finally decide that I didn’t want to be in any type of business relationship with the family that runs the camp.

That family was all about fleecing the parents of their campers. They were charging high camp rates while they slowly cut back on the trips and activities because of declining enrolment and increasing family members on payroll. The thing that always ticked me off the most was what I called their “fake charity”. They would raise money to send underprivileged kids to attend their camp, so essentially they were soliciting contributions to put money in their pocket since those camp spots weren’t being given away for free.  They wont advertise it, but any contributions for this fake charity isn’t tax deductible since they make a profit off these camp spots.

The point here is that if you’re unhappy in the way that you’re being treated or don’t like the providers you’re with because they rub you the wrong way, there are plenty of retirement plan providers out there to choose from. You don’t have to be miserable in dealing with plan providers if those plan providers are making you miserable.

There are plenty of good plan providers who won’t make you miserable or treat you like your business isn’t worth anything to them.