What Were They Thinking #14? Three’s A Crowd

What Were They Thinking #14? Three’s A Crowd 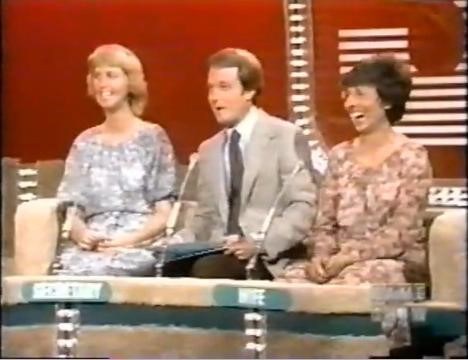 The late, great Chuck Barris was one of the greatest and most creative television game show producers in history.  The Newlywed Game, The Dating Game, The $1.98 Beauty Contest, and The Gong Show were his contributions to television history. They were original, hilarious, and memorable. Yet one show destroyed his career and helped cancel all his shows. That show was Three’s A Crowd and it was taboo in 1979 and probably more taboo today. The show lasted 4 months and it destroyed Barris’ career for good in television.

What was Three’s A Crowd? It was a game show hosted by Jim Peck, who is remembered for being Jack Barry’s backup on The Joker’s Wild and the court reporter on the 1980s version of Divorce Court.

Three’s A Crowd was essentially The Newlywed Game with a twist by adding someone else in. The show wanted to find out who knew a man better: his wife or his secretary? If you’ve ever watched a soap opera in your life, you know this format would leave to some good, cringe worthy fights.

Three sets of husband-wife-secretary teams appeared, and the game started with the men answering three pointed questions, usually referencing their wives and secretaries in ways that would lead to some fights.

The secretaries and wives were then were brought back to answer the same questions. Whichever team — wives or secretaries — matched the men’s answers more often equally split a $1,000 prize.

The show lasted about 4 months and its airing and cancellation led to a backlash that helped cancel the rest of Barris’ game show lineup. The show was Jerry Springer before Jerry Springer and it’s a format that really is uncomfortable to watch in daytime TV. Chuck Barris was always a head of his time and this show was just too risqué for 1979. It was even risqué for 1999 when Alan Thicke hosted a revival on Game Show Network. On that version, the wives-secretaries pairings were replaced by pairing such as girlfriend-best friend and girlfriend-mother.