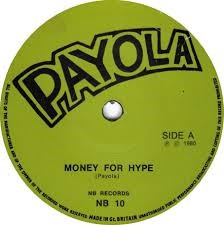 I guess my comments regarding revenue sharing is a bit sarcastic, but I think accurate. While revenue sharing payments from mutual funds to TPA to help defray the costs of administration of a plan sponsor’s plan is legal, it remind me of a kickback because only some mutual fund companies pay for it and only some of their mutual funds pay it (also it may depend on the mutual platform that the plan uses as well as its size).

I guess the term kickback has a negative connotation to it, but isn’t that what revenue sharing is? The mutual fund paying the sub t/a or 12b1 fee is telling the plan sponsor or financial advisor or TPA (or all three) that if you use my fund, it will help lower the cost of administration. Again, totally legal in the 401(k) industry, it would certainly be illegal in other industries. Ask the disc jockeys who got implicated in the payola scandals of the 1950’s whether what they did was illegal.

The expense ratio of mutual funds have always been the most overlooked plan expense, even with all the current litigation. Since plan sponsors and their advisors never take that cost into mind when discussing plan expenses, they then develop this crazy notion that revenue sharing is some sort of “free” money. It isn’t. I contend that plans that use revenue sharing are not cheaper when it comes to plans that don’t. I don’t have any empirical proof, but it’s just a hunch.

One theory that many people have in the industry is that fee disclosure will put pressure on 401(k) fees and plan expenses, so many mutual fund companies will be forced to slash the revenue sharing they distribute to lower their fund expenses, which may have the negative outcome of less 401(k) money into these funds. We shall see.

Again, I have nothing wrong with the use of revenue sharing as a legal method for plan expenses, but let’s call a spade a spade. Let us not pretend that revenue sharing doesn’t cost the plan sponsors any money.