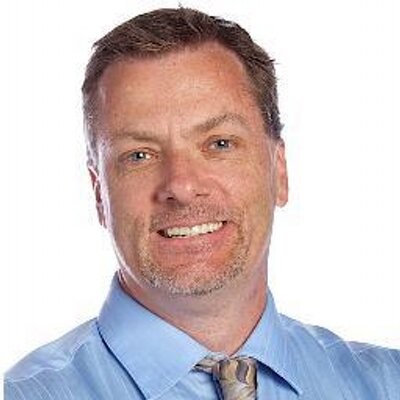 Q: How did you get your start writing about retirement plan issues?

A: I’m something of a masochist, and decided to try freelance writing after years as a home-office guy with ING, OppenheimerFunds and, most recently, Jackson National Life. I quickly realized I’m better at writing about financial services that I ever was at engaging in it myself. The editor of a trade publication called Boomer Market Advisor was leaving and recommended me as his replacement. It dealt with issues talked about to death by now—baby boomer retirement, increased longevity, retirement self-funding—but were ahead of the curve then.

Q:  How did 401(k) Specialist Magazine come about?

A: The backers of a previous magazine for which I’d worked made a gazillion-bazillion dollars in a classic “right-time, right-place” play. They were seeing the 401(k) market and its associated issues lining up in a similar way. And of course, the lawsuits surrounding fiduciary issues had people nervous, raising their heads and looking around for a source of information to alleviate their angst. The size of the retirement income market combined with its legal exposure was crying out for a dedicated content source.

Q: There has been a move towards specialization for advisors in the 401(k) plan space, could you have seen 401(k) Specialist as a magazine 20 years ago?

A: Not a chance. The obvious answer is that 401(k)s weren’t as prevalent 20 years ago, and their defined benefit older siblings still enjoyed a preferred status. Baby boomers hadn’t started retiring at that point, so while there was talk, it existed in industry echo chambers and hadn’t broken through to the public. Now that the public is more aware of saving and longevity issues, demand for 401(k)-specific services has skyrocketed, and now makes sense for a publication like ours.

Q: How has the fiduciary rule and its delay had an effect in terms of readership for your magazine and the website?

A: CBS head Les Moonves doesn’t like Trump, but said there was no denying he’s been a godsend for ratings. I see it in a similar way—I don’t like the controversy surrounding the rule’s implementation, but I’d be a liar if I said it wasn’t good from a readership standpoint. And it’s an opportunity for us to step up; advisors are worried about how the rule will affect their businesses and their clients. They want answers. We have a responsibility to provide what we can, and we take it seriously.

Q: I think many people aren’t aware that 401(k) Specialist offers CFP CE credit, how did that come about?

A: It’s low-hanging fruit. If advisors are going to stay engaged, up-to-date and informed by taking time from their busy schedules to read a publication like ours, they’re contributing to their professional development and, hence, the betterment of the industry overall. If we can give them added incentive and/or reward for doing so, we’re happy to help. And partnering with an organization like the CFP Board brings added credibility for all involved.

Q:  Your magazine is more than just news for 401(k) Specialists, how does the magazine help advisors with their practice?

A: If you’re a new publication in this industry and only covering breaking news, you’re dead. There are plenty of other places for readers to find it. News in general is moving from information to implementation, and more “how to” pieces are now a requirement—especially with an industry publication. Setting aside the politics, we’ve modeled it more on the Huffington Post rather than Washington Post. We know advisors shouldn’t be spending their time reading 3,000 word academic articles; they should be in front of their clients. If we can give them nuggets of information, without being superficial, that they can then take and immediately use in their practice, we’ve done our job.

Q: We met at the recent NAPA 401(k) Conference, what’s your take away from that event?

A: We wrote a piece about it called “Funeral for the 401(k)”. It freaked me out, which I think was ARA CEO Brian Graff’s intention. There’s a lot going on in Washington, and while the new administration is seen as pro-business overall, that does not necessarily mean it’s good for the 401(k) industry or the tax-advantage status it affords savers. My take-away? Adapt, and quickly. HSAs and similar retirement/heath care hybrids are the future, and probably should have been all along simply because of the latter’s expense.

Q: With the Trump move on the fiduciary rule and the talk of tax reform, is there a lot of gloom and doom about the future of the 401(k) industry?

A: See above. We had Trump surrogate Anthony Scaramucci on our recent cover, and he was talking tough about regulatory repeal and reform, but that was right before the election. The reality of governing has come crashing in, and who knows if Scaramucci will ever even be a part of the administration after the sale of his firm. So it’s all one big gloriously confusing mess, which is great for the magazine and website.

Q: How can people find out more about you and 401(k) Specialist Magazine?

A: The website is www.401kspecialist.com. You can sign up there for our hardcopy publication, as well as weekly e-newsletters with extremely high open and engagement rates, many as high as 60 percent. I’d say more but I just broke my arm from trying to pat myself on the back.