What Were They Thinking #16? Van Halen thinks lightning can strike thrice

What Were They Thinking #16? Van Halen thinks lightning can strike thrice 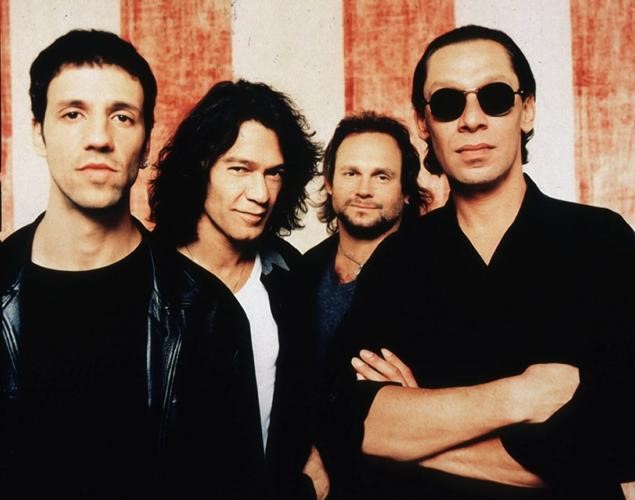 Very rarely can a band survive the exit of their lead singer. AC/DC had no choice when Bon Scott died and they decided to continue with Brian Johnson to eventually greater success.

After David Lee Roth left Van Halen after the album, 1984, to concentrate on a solo career, the band tabbed Sammy Hagar as their new lead singer. Sammy was a credible replacement and certainly a better contributor to the band musically. While many Van Halen fans pined for the return of David Lee, Sammy had his supporters.

Hagar fronted three Van Halen albums including For Unlawful Carnal Knowledge which featured the hit Right Now, which probably is now remembered as the jungle for Crystal Pepsi. After that album and the inevitable live album, the plan was for a Greatest Hits album that Sammy balked at. Sammy insists he was fired, the band says he quit.

The band reached out to David Lee about the greatest hits album and then led to the creation of two songs that would eventually be added to the Greatest Hits album. There was a rumor of a reunion with David Lee and was only heightened when David Lee appeared with the band at the 1996 MTV Video Music Awards. While David thought he was back with the band, he didn’t know that they were already auditioning new lead singers at the same time. David Lee didn’t know that the appearance was a gimmick to boost the sales of the Greatest Hits album.

While the band presented a VMA award to Beck, David Lee was in the background, hamming it up for the cameras. Eddie Van Halen felt he was embarrassed by David Lee’s antics and they almost came to blows backstage over a fight regarding a possible reunion tour.

So instead of reuniting with David Lee Roth or Sammy Hagar, the band thought they could go on with their third different lead singer. It should have been no surprised that they hired former Extreme lead singer Gary Cherone. Why? Van Halen’s new manager who happened to be Alex Van Halen’s brother in law was the former manager of Extreme.

The Gary Cherone led Van Halen was meted with a lot of apathy and/or disdain. The album Van Halen III sold so poorly, it failed to hit platinum. The tour in support of the album didn’t fare as well. Fans who were accustomed to the Van Halen sound heard a band fronted by Cherone that was different that they were accustomed to. The album never caught on with fans as it featured more ballads than plain rock. The Cherone experiment led to the band’s hiatus and the shelving of a follow-up album with Cherone. They eventually reunited for a tour with Hagar that fizzled when Sammy and Eddie fought. It eventually led to a reunion with David Lee and the 2012 album called A Different Kind of Truth. That album was the very new album from the band since 1998’s Van Halen III. The Cherone experiment effectively put the band in a 14-year tailspin creatively. While people will certainly blame Eddie’s addiction problems, hiring a third lead singer had something to do with it.

Van Halen was very lucky when they replaced Roth with Hagar. They were asking for a backlash by spurning Roth for Cherone and they paid for it.