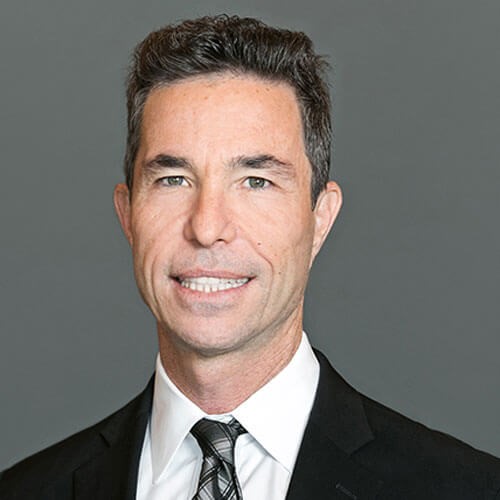 Q:  When did you start in the retirement plan business?

A: My father, Lou Kravitz, founded our company in 1977 and I began working here part-time in 1980 when I was a teenager. I joined the firm full-time in 1995 and became company president in 2004.

Q:  When did Kravitz decide to focus their record keeping business on cash balance plans?

A: By 2005 it was clear to me that the 401(k) market was saturated with competing TPAs offering parity products and services, while the traditional defined benefit market continued its steep decline. I knew we had to find other areas for business growth, and was actively looking for a unique competitive niche. We had already started designing Cash Balance plans back in 1989, so when the Pension Protection Act (PPA) passed in 2006 I was confident that the Cash Balance market had huge upside potential.  In 2007, I began hiring a Cash Balance sales team and developing a content marketing program to bring these plans into national focus.
Q: For a very long time, the IRS said that they had issues with Cash Balance plans and didn’t finally officially allow them until they codified it into the Internal Revenue Code many years later. Was there ever a fear that the IRS wouldn’t allow them?

A: Yes, prior to the Pension Protection Act it seemed somewhat uncertain whether the IRS would officially confirm the legality of these plan. However, we believed the concept made so much sense and offered so many advantages over traditional defined benefit plans that we continued our lobbying efforts and kept designing these plans for clients. Fortunately we were successful and 2006 was a major turning point, removing all legal barriers. The Cash Balance regulations passed in 2010 were another indication that the IRS wanted to encourage more employers to adopt these plans—Cash Balance plans became more flexible, easier to administer and gained wider investment options.

Q: Over the last 15 years, do you see more and more advisors understanding the role of Cash Balance plans in maximizing employer contributions?

A: Absolutely, and the biggest shift has been since 2007 when we began to invest in advisor education programs, including webinars, seminars and white papers. Because these plans are complex, relatively unknown compared to 401(k) plans, and not a “mass market” product, we knew it would take some work to develop a network of Cash Balance-focused advisors. We  launched our Cash Balance Coach® training program in 2009, and today have more than 1500 alumni who have earned the designation ‘Cash Balance Consultant’ and use it as a marketing advantage in building a retirement plan practice. We published a guidebook for financial advisors in 2010, Beyond the 401(k) and have sold 10,000 copies to date. Retirement plan wholesalers started buying bulk copies of the book and giving it out to advisors as a training tool. Over time, these types of efforts have proven highly productive and today more than 75% of our new plan sales are through advisor referrals.

Q: For advisors who don’t understand the value of the Cash Balance plans, what are they missing?

A: First and foremost, they are missing the chance to dramatically improve retirement readiness and reduce tax burdens for high income clients. From a marketing point of view, they are missing a major opportunity to distinguish themselves from competing advisors by bringing Cash Balance plans to the table. I’d estimate that no more than 10% of financial advisors nationwide have enough awareness and understanding of Cash Balance plans to identify good candidates and pitch the opportunity. So the advisors who do have the knowledge and tools are at a major advantage. Advisors we work with tell us that even if they don’t sell a Cash Balance plan when meeting with a new prospect, they sometimes win the 401(k) business just based on the fact that they brought something new and different to the table.

Q: In terms of firms offering Cash Balance plans, your company is one of the leaders in marketing. How did that advantage come about?
A: We had a few advantages, including being the first national TPA focused singularly on Cash Balance plans. We hired and developed an actuarial team and technical staff with stellar Cash Balance knowledge, and came to be known as the go-to industry experts. We invested heavily in educational and ‘content marketing’ resources, 95% of which we give away for free. Rather than paid advertising, we focused on media outreach and web-based information resources which are less costly but more effective. Even competitors use our website and our educational tools, but we don’t mind since they help us build our brand.

Q: How has fee disclosure impacted your record-keeping business?
A: Unlike the 401(k) business, fee disclosure regulations had little impact on Cash Balance plan providers because, for the most part, fees are borne by the employer rather than participants. Kravitz has always been totally transparent about fees. We list everything in detail on every service agreement, so our clients didn’t face any surprises.

Q: What are plan sponsors missing if they don’t consider adding a Cash Balance plan?

A: In many cases, the owners/partners could double or even triple their tax-deferred retirement contributions – we describe it as “squeezing 20 years of retirement savings into 10.”  These plans also help with recruiting and retaining top talent, particularly for law firms and medical groups where competition in today’s labor market is very tight. The tax deductions and deferrals, along with the asset protection and recruiting advantages make these plans a no-brainer for profitable small to mid-size business.

Q: Are cash balance designs by your firm typically stand-alone plans or as a combination to augment 401(k) plans?

A; We design very few stand-alone Cash Balance plans, because their tax-efficiency and strategic value is immensely higher when combined with a defined contribution plan. In fact, 97% of all Cash Balance plans nationwide are implemented in combination with a 401(k) profit sharing plan.

Q:  Where can people learn more about Kravitz?

A: We have a dedicated website for Cash Balance education and resources, CashBalanceDesign.com and a corporate website, KravitzInc.com. For anyone interested in learning more about Cash Balance plans in general, I recommend our annual National Cash Balance Research Report and Cash Balance Outlook webcast. Advisors highly recommend our Cash Balance Coach® training program and our book, Beyond the 401(k).