The Bold and The Beautiful turns 30

The Bold and The Beautiful turns 30 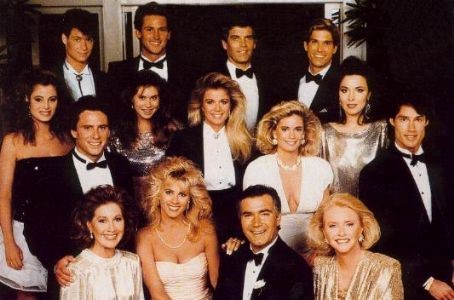 People will say it’s still on the air because of the lead-in from its top rated sister show, The Young and The Restless, which has been #1 since 1988. Sure the lead-in helps, but there is something very unique about The Bold and The Beautiful which has had been watch on and off since 1989 (around the time I got out early from high school and see the show). Unlike the other shows, it’s only a half hour and it still features its two main families from its premiere: the Forresters and the Logans. The Young and The Restless had to find new core families for their show only 8-9 years after its premiere.

What is weird about the show is that there are so many love triangles throughout the years that characters have had relationships with people from the same household. For example, Brooke Logan has been married on and off to Ridge Forrester. She’s been married to his brother Thorne and she was married to Eric, their father and had two children with him. Dr. Taylor Hayes had a relationship with all three Forrester men and also had a relationship with Rick Forrester, who is the child of Eric and Brooke. Ridge was married to Caroline and then married Caroline, her niece, who was named after the original Caroline when she died of leukemia. It’s not incest, but close to it and certainly icky. That’s the problem when you have two core families on the canvas.

The half hour format allows for the closed quarters of dating, but it allows for an easy follow when each episode is a half the size of the other shows. Another weird aspect of the show that most soap operas have is their constant use of SORAS (sopa opera rapid aging syndrome), so characters age rapidly and that adds to the weird dynamic of relationships between characters. Rick Forrester was born on the show when I was watching the show as an 18 year old in 1990. He’s now played by an actor who is 37. Steffy is played by a 30 year old and her character was born on the show in 1999.

30 years is a long time on television, especially for daytime soap operas who have become and endangered species thanks to changing viewing habits, cable TV, and production cost. Hopefully B&B can make it another 30 years.