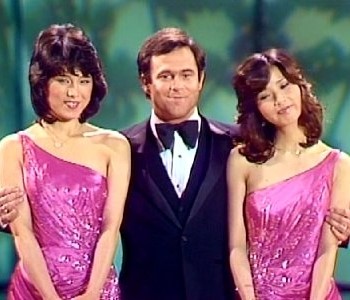 If Fred Silverman had quit while he was ahead, he would have been known as the greatest TV executive in history. When he took over CBS in 1970, he picked up All in The Family, The Mary Tyler Moore Show, M*A*S*H, The Waltons, and Kojak for their prime time schedule. He had a knack for pushing spin-offs of existing shows, which brought Rhoda, Maude, The Jeffersons, Good Times (s spin-off of a spin-off as Maude was a spin-off of All in The Family). For daytime, he brought back updated versions (and now more well known) of The Price is Right and The Match Game. In 1975, Silverman left CBS for ABC. At ABC, he greenlit Three’s Company, The Love Boat, Soap, Fantasy Island, and Eight is Enough. He should have stayed at ABC or retire. Instead he went to NBC.

NBC in the 1970s and early 1980s was a TV wasteland as the network had very few hits. It had Sanford and Son and Sanford and Son. It also had CHIPs. Silverman had the track record to turn NBC around and he failed miserably. He brought Supertrain to the air (as discussed in the previous column) and refused to accede to Lorne Michael’s wishes and hire future Senator Al Franken as Lorne’s successor as Saturday Night Live Executive Producer (which will be a future column). Silverman had this thing of developing shows from stuff he saw. When his daughter was playing with these cute blue Belgian figures, he commissioned The Smurfs for Saturday morning. The problem is that he saw Walter Cronkite on the CBS Evening News show a report on Pink Lady, a Japanese music group of two women and he came up with an idea that killed variety shows once and for all.

Variety shows for the first 30+ years of television were a staple of prime time television. They would have musical acts, comedy skits, and depending on the format, magic and ventriloquist acts. The Ed Sullivan Show, Your Show of Shows, and even The Muppets comes to mind. In the 1970s, the variety show was dying and Sid and Marty Krofft had a role in it with The Brady Bunch Hour and Donny and Marie. They were asked by Fred Silverman to helm Pink Lady.

The biggest problem with Pink Lady is that the women in the group couldn’t speak English. They could sing in English, but they needed a translator to converse. So everything they did in the show that wasn’t signing had to be done through cue cards. So that means they needed someone on the show who could converse to the audience. They hired comedian Jeff Altman to effectively be the host of the show. Rightfully, Jeff wanted his name in the show title and NBC agreed to call the show, Pink Lady and Jeff. The problem is that Pink Lady’s manager threatened the lawsuit. So the show was titled Pink Lady, but promos for the show would claim the show was Pink Lady and Jeff. Jim Varney (later known for his Ernest character) was also added along with other sketch players. Guest stars were also added for each show because the stars of the show couldn’t be in any position to be in actual skits and had to have as minimal screen time as possible. Pink Lady’s main contribution to the show was there for their 5-6 musical numbers for each show. The problem with the musical numbers was that they were clearly lip-synching. While lip-synching was a common theme of variety shows, it’s noticeable because Pink Lady didn’t speak English.

I dare anyone to watch the show because anytime Pink Lady is featured in a skit, there just this borderline racist Japanese humor with a hibachi chef or a sumo wrestler or geishas involved in every skit. There is no way this would make the air today. It lasted six shows and only five shows aired. It’s listed as one of the worst shows in television history.