Credentials and awards could just be a paid smokescreen

Credentials and awards could just be a paid smokescreen 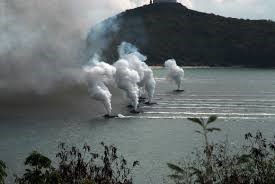 A Long Island business newspaper once named my old law firm’s administrator as its Chief Financial Office of the year and the first thing I asked at the time was: “How big was the ad?”

That’s because my old law firm was a regular advertiser for this publication and I appeared in it a handful of times when I was there and I’m sure because my firm helped pay that newspaper’s bills. Maybe that law firm administrator is a really great CFO, I only thought his expertise was self-promotion.

The point is not to make fun of Right-Said Fred, but the point is that awards and recognition can be bought and sold.

So when looking for plan providers as a plan sponsor, don’t be over wowed by some of these publication awards like the “100 Most Important People in the 401(k) industry” or some unknown certification because these credentials can be bought and sold.

If you don’t know the criteria for selection or the group of selecting it, you have no idea if the award or credential is real or not. It’s like Kosher food; there are now over 400+ different organizations that certify Kosher food. If you are an observant Jew, you’re not going to eat something certified by an agency where you have no idea who is actually doing the certification because some Rabbis are less reputable than others.

So when a plan provider is giving you their credentials and there are some credentials that aren’t from an organization you heard of, take it with a grain or salt or do some digging to determine whether that credential means something or not.

Otherwise, you may be stuck with a CFO who claims he’ll help your practice, except he’s too busy writing articles about his work and using law firm resources to publish them