States still moving ahead with auto IRA plans, but why?

States still moving ahead with auto IRA plans, but why? 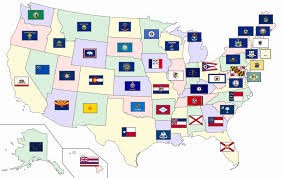 Despite the fact that Congress helped kill the exemption of state run automatic IRA programs from ERISA, states are still going ahead with these plans and I ask why?

I believe that the idea of state run auto IRAs is a good thing because I believe anything that will help increase retirement plan coverage is a good thing However, I still believe that open multiple employer plans is a better alternative. It’s been 5 years since the Department of Labor effectively killed Open MEPs and they’ve done nothing to change that, same with Congress.

I think state run plans are a bad idea because I don’t believe they will actually be popular because despite our moderate politics, we have a libertarian streak when it comes to government and our money. A Pew study showed that among 1600 business owners, only 13% of those with a plan would drop their current option for a state run plan. Also, 50% of those without one would choose a private option over a government plan.

Retirement plan coverage is something I support, but I think the private sector utilizing higher savings limits under qualified plans can do a better job that states can with their auto IRA programs.