What Were They Thinking #22 Michael Cimino sinks a Studio

What Were They Thinking #22 Michael Cimino sinks a Studio 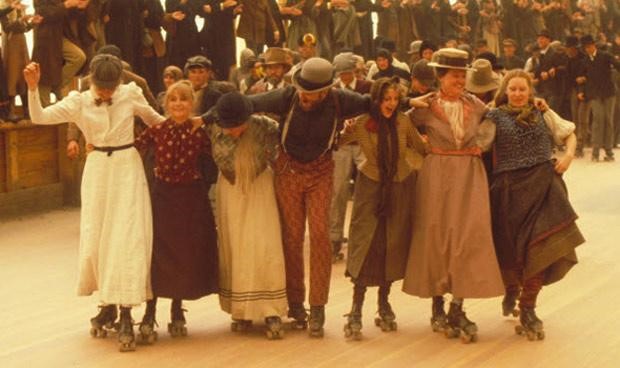 The 1970s in movies was celebrating the directors who came on the scene. It started with Peter Bogdanovich and his The Last Picture Show and William Friedkin’s The French Connection and The Exorcist. Other “New Hollywood Directors” were Brian DePalma, George Lucas, Martin Scorcese, Francis Ford Coppola, and some former TV director by the name of Steven Spielberg. It was an exciting time of filmmaking and the era started with Bonnie and Clyde in 1967 and it came crashing down in 1980 with Michael Cimino’s Heaven’s Gate that eventually forced United Artists to be sold by a 401(k) plan provider I know by the name of Transamerica.

Michael Cimino was part of that New Hollywood and very few filmmakers can say they hit out of the park when they started and Cimino did when the second movie he directed, The Deer Hunter won Best Picture. Cimino won Best Director as well and everyone wanted to do business with him in Hollywood.

United Artists, which was owned by Transamerica was a studio that was reeling at the time as its executives hampered by the new Transamerica ownership, opened up a production company called Orion Pictures. So the new United Artists management wanted to make a name for themselves. so they made a deal with Cimino for his next film. Cimino wanted to make a movie loosely based on the Johnson County War, which was a range war in the 1890s between ranchers and small settlers. The movie was going to be called Heaven’s Gate. Cimino was given an $11.6 million budget and carte blanche.

The problem in giving someone carte blance is if they have no sense of control and Cimino really didn’t. The signs of his obsessive behavior to directing was evident on The Deer Hunter, but people forgot that because he won two Oscars. For The Deer Hunter, the movie was over budget at $15 million. This is what the President of Universal Pictures said about Cimino: “This was just a… continuing nightmare from the day Michael finished the picture to the day we released it. That was simply because he was wedded to everything he shot. The movie was endless. It was The Deer Hunter and the Hunter and the Hunter. The wedding sequence was a cinematic event all unto its own.” Yet United Artists gave Cimino full rein.

They should have known what they were getting into when Cimino wanted to hire Isabelle Huppert as the female lead. The problem was that Isabelle was French and spoke with an accent that was hardly Wyoming. While United Artists protested, they gave in to Cimino, which they did for the entire production and post-production of the movie.

6 days into production of the movie, Cimino was 5 days behind schedule. A street that was built to Cimino’s precise specifications had to be torn down and rebuilt because it needed to be six feet wider; the set construction boss said it would be cheaper to tear down one side and move it back six feet, but Cimino insisted that both sides be dismantled and moved back three feet, then reassembled. Cimino had an irrigation system built under the land where the major battlefield scene would unfold, so that it would remain vividly green, to contrast it with the red color it would later be awash with after the bloody carnage. The filming last so long that John Hurt left the production to film The Elephant Man and then came back to finish his wok on Heaven’s Gate.

While the production lagged and the spending out of control, United Artists contemplated firing Cimino and replacing him. They never pulled the trigger and they should have. When production finally ended, Cimino locked the editing room doors to make sure that the studio wouldn’t interfere. Again, they should have interfered as Cimino gave United Artists a 5 hours, 25 minute first cut. After threatening to fire him, Cimino releneted and released a 3 hour 39 minute cut to them, which was the original premiere length.

The movie was supposed to premiere in December 1979 and ended up opening up in November 1980 in New York. It was such a disaster, that after the one week run, Cimino and United Artists pulled the movie before it could be released nationally and internationally. A 2 hour, 29 minute cut surfaced in Los Angeles in April 1981 and that was hated as well. So the movie ended up grossing $4 million, but it cost $44 million, north of $30 million over budget.

I tried watching the movie and while it is visually stunning, it’s as interesting as paint drying. The wedding scene in The Deer Hunter was known for its length, yet there are so many scenes like that in The Deer Hunter including 5 minutes of uninterrupted fiddle playing by a fiddler on roller skates in a scene that just wouldn’t end. It’s a beautiful looking movie, perhaps because they spent $40 million on it.

Of late, the movie has had a deeper appreciation. Then again, people collect vinyl records. Everyone likes to champion something forgotten from the past, but it’s still a lousy movie.

The movie pretty much ended Cimino’s career. He made a handful of movies after Heaven’s Gate, but his career never recovered. Transamerica ended up selling United Artists to MGM, which pretty much ended Unites Artists’ existence as a studio. More importantly, the control by directors over films started in the early 1970’s was over. The director driven films were going to be replaced by the blockbusters. Hollywood would never be the same.