Just because I’m a rabid fan, doesn’t mean I have to hate other teams

Just because I’m a rabid fan, doesn’t mean I have to hate other teams 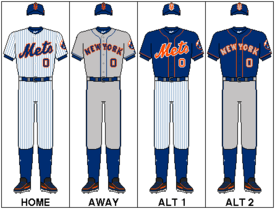 I’m a big time Mets fan and I’m not ashamed to say it even though it’s been some few bright spots in the past 31 years since they won the 1986 World Series. While I love the Mets, it doesn’t mean I hate the Yankees. I have great respect for the Yankees’ winning tradition, but it doesn’t mean I have to hate them. Criticizing or mocking Yankees fan doesn’t make my team better and it doesn’t make my love for the Mets any greater. The Yankees play in another league and the only times I pray that they lose is when they play the Mets.

I recently had a silly discussion with someone who claimed that you can’t be a real fan unless you hate other teams. I think that’s silly, but this is the same fellow who suggested anyone making over $60,000 in early 1990’s New York was rich. This fellow is a Yankees fan and he takes great pleasure that the Mets are having a mediocre season and that many players are injured.  I don’t get the pleasure out of seeing bad things happen to people except for the people that have tried to cause me harm, even then I don’t wish bad things on people is because the last thing I want is bad karma. I’m superstitious like my late Grandma Rose and I just don’t think it’s right to gloat or hope for the pain for others.

I love the Mets and I love them not because I hate another team. Hate is a very strong word, so I only have tremendous dislike for one team: the Phillies. Something like the 2007 season are just hard to get over.