What is the Chamber smoking?

What is the Chamber smoking? 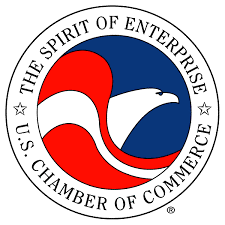 The U.S. Chamber of Commerce has published a report highlighting the negative effects the new fiduciary rule will have on retirement savers.

The report says that service fees on retirement accounts could rise by as much as 200%. It also claims that up to 7 million individual retirement account owners could lose access to investment advice altogether, and that 70% of insurance service providers already have or are considering exiting the market for small-balance IRAs and small plans. The report doesn’t mention whether the fiduciary rule will deplete the ozone layer, cause global warming, and trigger Armageddon.

While I have always been a big fan of the lobbying of the Chamber of Commerce, they are really in the wrong here. The report is the Chicken Little-sky is falling type; it’s selling fear that the fiduciary rule will cause harm. I heard the same thing about how the fee disclosure regulations would cause plan sponsor to terminate their 401(k) plans and that didn’t pan out.

The fiduciary rule will cause drastic change in the retirement plan business but 7 million investors losing their broker will only have other advisors who will try to seek out that business As my friend James Holland said, send those 7 million clients to him.

The fiduciary rule will cause and increase competition and in a competitive environment, fees don’t increase 200%, they actually get lower.

As far as insurance providers exiting the business, any change will cause providers who can’t compete with this change to exit the business. Is the Chamber of Commerce suggesting the lack of a fiduciary rule is essentially a subsidy for insurance providers to be in the small IRA and small plan business? If so, you know who has been paying that subsidy: investors.

The sky isn’t falling, there will be a tomorrow.