What Were They Thinking #26 Schlitz cuts corners, commits corporate suicide

What Were They Thinking #26 Schlitz cuts corners, commits corporate suicide 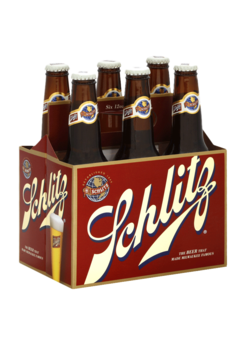 While Budweiser is called the King of Beers, it wasn’t always the case. By the way, Bud Light outsells Budweiser. Prior to prohibition and after prohibition, Schlitz beer produced by the Joseph Schlitz Company of Milwaukee was the top selling beer in the United States.

Schlitz was still the second top-selling brewery in the United States as of 1976, but a decision a few years before, sealed their doom by 1982. Trying to meet high demand and trying to cut costs, Schlitz did which most producers of food and drink should avoid doing: cheapening their product. Schlitz changed their brewing process that changed the taste of the beer and not for the better. Schlitz used corn syrup to replace some of the malted barley. They added a silica gel to prevent the product from forming a haze. They started using high-temperature fermentation instead of the traditional method, and they started to use less-expensive extracts. Coca-Cola and Pepsi stopped using cane sugar and started to use corn syrup in their soda years ago, but the change wasn’t that noticeable. Drinkers of Schlitz noticed the difference and the changes not only changed the flavor of the beer, it also spoiled more quickly.

Another change to the product to avoid some possible FDA labeling guidelines caused problem with the beer, which caused a recall in 1976. An ad campaign where a Schlitz drinker threatened someone off camera who asked them to switch beer was another public relations disaster. A strike in 1981 hastened the decline of Schlitz to the point that Srohs bought them in 1982. Schlitz is still made today by Pabst, but it’s a less expensive niche brand and it’s nowhere near its heights it had in the 20th century.

Food and drink is all about quality and when you develop a reputation as a top selling brand, changing the ingredients that will negatively impact taste is certainly going to drive down sales. Schlitz learned that the hard way.