The Appearance of Impropriety

The Appearance of Impropriety 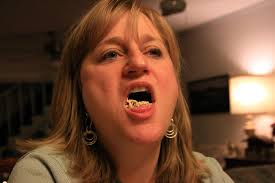 For some reason, the unincorporated village I live in has its own Sanitation District where a lot of unethical things have gone on in the past where a father and son once ruled with an iron fist. One man challenged the status quo after Hurricane Sandy destroyed many Sanitation trucks and was elected.

The new Commissioner was heralded as a reformer, but it was clear that he took advantage of an opportunity to cash in on his own. This Commissioner didn’t take his Commissioner’s stipend because it might have affected his government pension. So to supplement his own income, he decided to take a job as a fire investigator for a company that did business with the Sanitation District. He knew there were issues with that arrangement and stated that he would recuse himself from any matters regarding his employer. Instead, a year later, he actually made a motion to award his employer a contract with the Sanitation Commissioner. The Commissioner has made a laundry list of excuses because he claims it wasn’t a real conflict and he made promises to recuse himself in the past, but it doesn’t change that he awarded his employer that contract by not just voting, but my making the motion.

The point here is that there are certain things you can do as a plan sponsor that may not be a prohibited transaction or illegal, but I maintain that any suggestions of impropriety will insinuate that there is impropriety. You should avoid any type of transactions that may give you the idea that something is not on the up and up. That’s why hiring a relative as a financial advisor or using a financial advisor that works for the bank giving you a credit line are things that I suggest you avoid. Otherwise, like the Sanitation Commissioner, you’ll have a cloud that will follow you all the time.