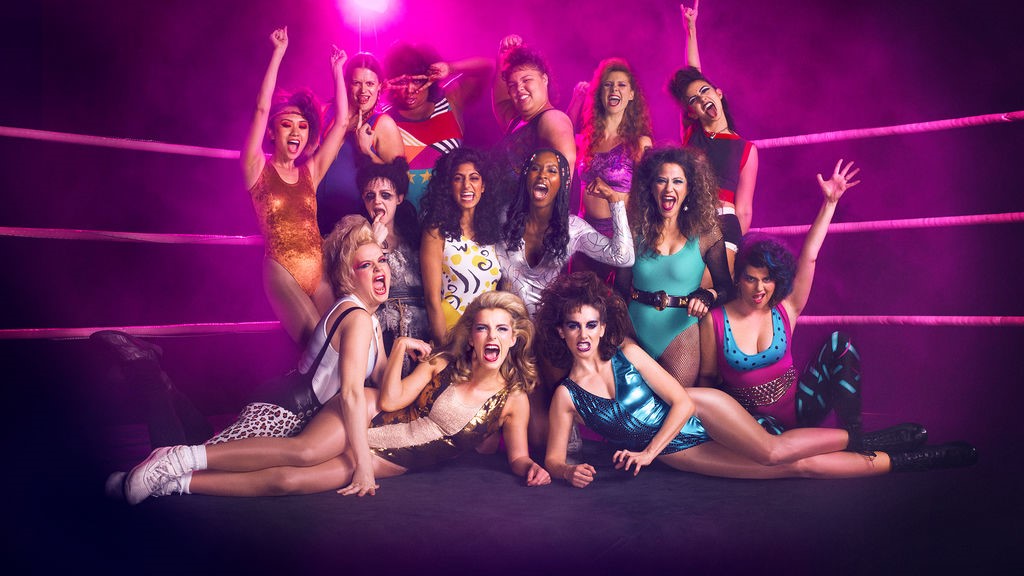 Yes, I’ll admit it: I watched the Gorgeous Ladies of Wrestling (GLOW). GLOW didn’t exactly have good wrestling when compared to the World Wrestling Federation or the National Wrestling Alliance. The comedy skits weren’t that funny either, but it was great camp entertainment.

GLOW was the brainchild of David McLane and financed by casino owner Meshulam Riklis. Supposedly Riklis stopped financing it because his then-wife Pia Zadora wanted it cancelled.

When I heard Netflix was going to a comedy on GLOW, I was surprised since it’s been more than 25 years since it went off the air. After going through all 10 episodes, I have to say that GLOW was a pleasant surprise. I think the greatest part of the show is that it didn’t bother with the real history of GLOW and rather, created a fictional universe because the fiction they presented was far more interesting than anything involved with the original show.

Alison Brie, Peri Gilpin, and Marc Maron carry the show and if none of them are going to be nominated next year for an Emmy, I’m going to riot. It’s a great slice of 1980’s historical fiction with women empowerment added in. Hopefully, they get a second season.