What Were They Thinking #28 The train wreck of SNL ’80

What Were They Thinking #28 The train wreck of SNL ’80 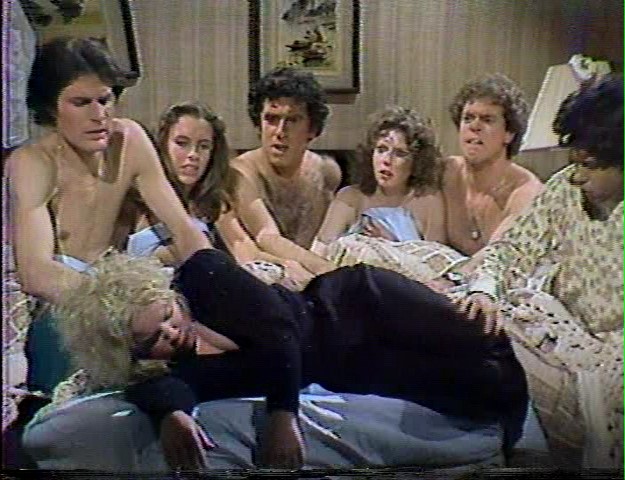 Saturday Night Live is an institution and when the original cast (minus Dan Ackroyd and John Belushi who left the year before) went off the air on May 26, 1980 when the red on air light went off, people didn’t know if the show would actually continue with a new cast.

Lorne Michaels, the Executive Producer for the first five seasons was out the door, citing burnout. So NBC, which was in a distant third in primetime under the leadership of Fred Silverman needed a new Executive Producer. A producer who was a future United States Senator by the name of Al Franken was a perfect replacement for Lorne, but Al did a skit on Weekend Update making fun of Silverman because he protested why there should be a limo for lame-o because Al thought he deserved one for his great work. So rather tapping someone who was connected to Lorne, Fred selected Jean Doumanian, who was an associate producer with very little to do with the show’s success. So Lorne left and without his input on his successor, the rest of the writers left too.

Not only did Jean have to find a new cast and a new writing staff, NBC slashed 2/3 of the budget. The cast was filled with some names you may know; Denny Dillon,  Gilbert Gottfried, Gail Matthius, Ann Risley, Joe Piscopo, and Charles Rocket, who was supposed to be the next Chevy Chase. Additional cast members were Yvonne Hudson, Matthew Laurance,  Patrick Weathers, and a teenager that Doumanian didn’t want to hire, by the name of Eddie Murphy.

The train wreck known as Saturday Night Live ’80 premiered in November 1980 with Elliot Gould as the host. Elliot hosted the show with the original cast 5 times and many assume he thought he was going to be with the original cast again, much to his surprise. He hasn’t hosted the show again since. So the cold opening starts with a reference to Elliott’s 1969 starring role in Bob & Carol & Ted & Alice,  as Elliott wakes up in bed with the new cast.

Unfortunately, the cast introduces themselves with a reference to the old cast. Rocket announces that he is a cross between Chevy Chase and Bill Murray, Risley says that she is “a cross between Gilda and Laraine [Newman]” and Gottfried calls himself a cross between John Belushi and “that guy from last year” who did a Rod Serling impression (Harry Shearer). So right from the first sketch, they just stated they were pale imitations of the previous cast.

The show wasn’t funny. Even Piscopo and Murphy weren’t that great because the material wasn’t very good. Ratings were down, critics hated the show, and ABC’s Fridays was a better sketch show.

The straw that broke the camel’s back was the February 26, 1981 episode with host Charlene Tilton from Dallas. They spoofed the whole Who Shot J.R.? storyline with a cast member shooting Charles Rocket. The mystery was never solved and before the goodnight ending, Rocket used the F word in wanting to know who shot him. After the next episode with Bill Murray as host, Jean Doumanian and Charles Rocket were gone.

NBC took the show off the air at the request of new Executive Producer Dick Ebersol who fired a handful of cast members. They had Chevy Chase host the April 11, 1981 episode and thankfully, a writers’ strike mercifully ended the 1980-1981 SNL season. Ebersol then was able to retool the show and the only cast survivors from the Doumanian era were Piscopo and Eddie Murphy, who in my mind, is SNL’s biggest star.

Replacing the original cast would have been hard for anyone, but NBC should have selected a new Executive Producer with Lorne’s blessing.