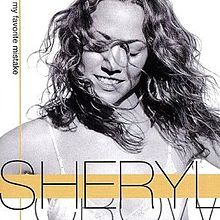 The road to hell is paved with good intentions and that’s how I feel when it comes sometimes to what a 401(k) plan sponsor does. Yet, there is an error that too many 401(k) plan sponsors do that the Department of Labor (DOL) has been quite vigilant for the last 10 years or so.

The DOL has guidelines on how long an employer can hold participant elective deferrals before depositing them into the plan. The general rule requires that contributions and loan repayments be deposited into the plan as soon as it is reasonably possible to segregate them from the company’s assets, but no later than the 15th business day of the month following the month amounts are withheld from pay. That was and still is the guideline, but the DOL added clarification over that 15th day rule. The 15th business day rule isn’t a safe harbor and never really was. The DOL says that the “real” deadline is the earliest date on which contributions can be segregated and may look to prior payrolls to determine what is possible. So the real rule is deferrals should be in by the next payroll unless there are some extenuating circumstances.

I’ve seen so many employers flout those rules, usually by a day or so or a week. The problem is that while’s it usually doing harmlessly, this has been one of the linchpins that the DOL has factored on especially in their audits. Hwoever, they have a correction program that is easy to fix those delinquent deferrals. Of course, most plan sponsors only know they broke the deferral rule once they’re caught on audit and it’s too late for a voluntary correction program.

So as a plan sponsor, be vigilant about those deferrals because it’s an easy and avoidable mistake to make. The DOL aren’t always easy to deal with.