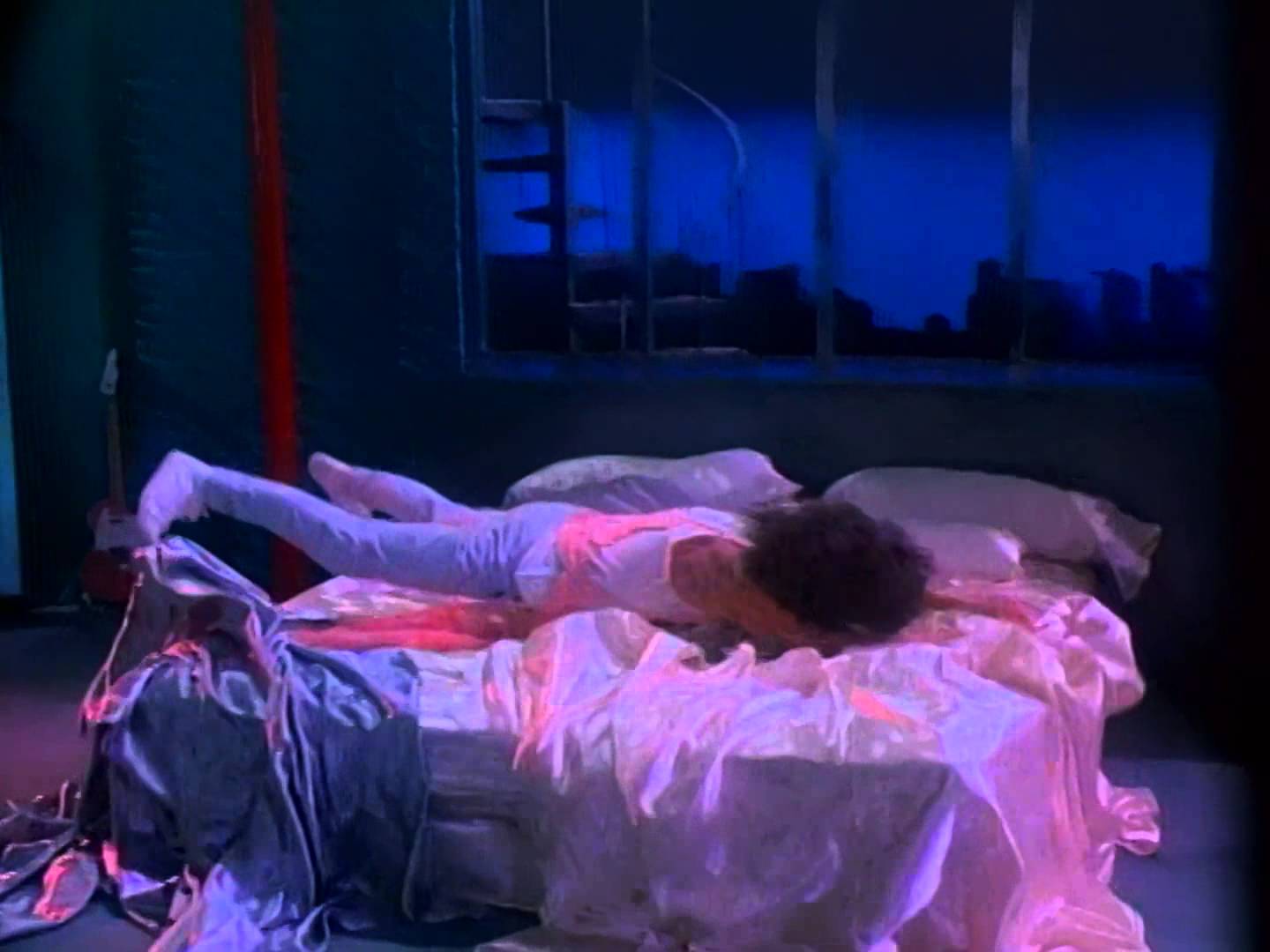 If you were in the entertainment business, being labeled as gay or even rumored as being gay in the 1980s didn’t do wonders for your career. Just ask Billy Squier.

Billy Squier was a well-known rock musician with a few hit arena rock songs under his belt including The Stroke. His second third albums sold three million copies each when rock musicians had albums that sold triple platinum. As with most musicians of the early 1980’s, Billy Squier had to transition his songs to this new thing called MTV music videos. With his fourth album, Billy needed a video for his song, Rock Me Tonite, off his 1984 album, Signs of Life. The song hit #15 on he charts, but it’s remembered as one of the worst music videos of all time. It’s a fact that Squier’s career took a downturn after the video and it was no coincidence.

Why is the video bad? The video shows Squier waking up in a bed with Satin pastel-colored sheets. He then dances around the bed as he gets dressed, ultimately putting on a pink tank top over a white shirt. At the conclusion he leaves the room with a pink guitar to join his band in performing the song. The video was so bad that Squier and his manager wanted the video cancelled before it aired. Capitol Records disagreed saying it didn’t matter since the song was already charting. Squier’s girlfriend disagreed and said that the video would ruin him. She was right and Squier immediately fired his managers. He also realized that once the video was released, he stopped selling out shows.

Squier said this about the video in 2011: “The video misrepresents who I am as an artist. I was a good-looking, sexy guy. That certainly didn’t hurt in selling records. But in this video I’m sort of pretty boy. And I’m preening around a room. People said “He’s gay.” Or “He’s on drugs.” It was traumatizing to me. I mean, I had nothing against gays. I have a lot of gay friends. But like it or not, it was more of a sticky point then.”

The video is so bad, it’s an entire chapter in I Want My MTV, an oral history of the creation of MTV. There are many things in the books that people don’t agree with, but they all agree that Rock Me Tonite was an awful video that torpedoed Billy Squier’s career as he never came close to achieving his earlier popularity.