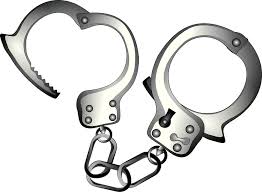 One of my favorite lines from Seinfeld is when George Costanza gets a job where Elaine works at Pendant Publishing. He’s fired for having sex in the office with the cleaning woman. George pardons ignorance, asking whether it was wrong for him to do that and if it was, he had no idea.

When it comes to 401(k) plan sponsors, they should know that using plan assets for their own benefit is wrong. They can’t claim ignorance because a retirement plan is for the exclusive benefit of participants.

I still find it amazing that people still do this because stealing from a retirement plan that has a Form 5500 annual return and plan providers who serves as a check and a balance leaves a trail of evidence that is going to lead straight to the boss he steals. Gregerson did fool the plan providers when he withdrew the money with claims he was starting another plan, but he was tripped up in the lies eventually. Stealing from a plan is like running a ponzi scheme; you will eventually get caught.