What Were They Thinking #31 Jackie The Jokeman holds out, loses gig on The Howard Stern Show

What Were They Thinking #31 Jackie The Jokeman holds out, loses gig on The Howard Stern Show 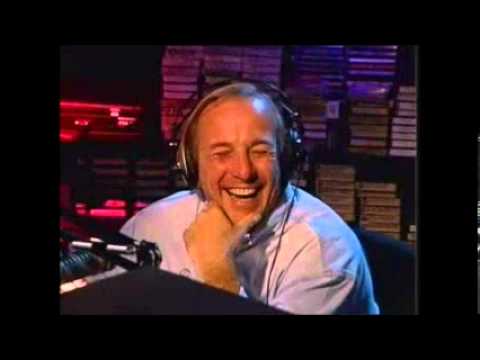 Entertainment history is full of entertainers who leave a successful endeavor to try something else or hold out to the point where they are either replaced or the producers cave in.

When it comes to leaving a successful show, people point out McLean Stevenson who left M*A*S*H as Col. Henry Blake after three years into a 12 season run. Stevenson wanted to be the star of a sitcom and not play a supporting actor to Alan Alda and Mike Farrell who replaced Wayne Rogers at around the same time Stevenson left. Stevenson left for what he thought was greener pastures as a sitcom star but turkeys like The McLean Stevenson Show, Hello Larry, and Condo made sure that leaving M*A*S*H was regrettable.

David Caruso left NYPD Blue after a season to become a movie star. That movie career fizzled, but CSI Miami rescued him from the scrap heap of those who made stupid decisions to leave successful programs.

People talk a lot about Pete Best who was replaced by Ringo Starr on that little band called The Beatles. Best never left the band, he was pushed out by the other three members and never got the real reason why he was sacked as the drummer.

In terms of one of the stupidest decisions that destroyed a career, one has to look no further than the story of Jackie the Jokeman staging a walkout that eventually cost him his position as head writer on The Howard Stern Show.

Jackie was a local Long Island comedian when he started appearing on the Stern Show when it was on afternoon drive time on WNBC. When Howard was fired from WNBC in September 1985, he was quickly hired by WXRK and Jackie landed a paying gig as a show writer. Jackie was a great comedy writer and his belly laugh was such a great part of the show, they still use an audio drop of that laugh today, usually when there is tragic news being discussed.

While Jackie was a great writer, he was impossible to deal with. He always seemed jealous of Howard and Howard’s paycheck and his antics drove Robin Quivers and Fred Norris crazy. Jackie was consumed by money and fame and he claimed that instead of the show, he could be punching up scripts in Hollywood like Carrie Fisher did. Jackie was so consumed by money that he would walk off the show when his contract expired as some sort of leverage in renegotiation. In 1998 he was off for six weeks of the show and when he returned, he wouldn’t allow himself to be on the E! television show until they paid him as well. The walk offs always rubbed Howard and the rest of the staff the wrong way because it was disruptive to the show and Howard viewed it as selfishness. It also didn’t help that Howard, Robin, Fred, and Gary were all represented by Super Agent Don Buchwald and Jackie was not. There was a sense at the time in 1998 that the next walk out would be different. When Howard re-signed in 2000 with a big announcement and an appearance by then CBS honcho Mel Karmazin, Howard claimed that Jackie would walk off the show again when his contract was due the next month.

Well, Jackie did walk off the show again in January 2001. However, this time it seemed different. The walk out was about 8 weeks long before Howard dropped the bombshell on March 5, 2001 that Jackie was off the show for good. Stern thought it was time to move on and they started to audition replacements for Jackie in what would now be known as The Jackie Chair. Jackie who claimed he was tired of waking up early in the mornings, still wanted his job back. Sensing finally that Howard and WXRK General Manager Tom Chiusano weren’t bluffing with their declaration of an impasse in March, desperately tried to get his job back in the Summer of 2001. The problem was that Stern and the rest of the gang realized that the show could survive without Jackie and they just no longer needed his jealous attitude. They could replace Jackie and a substantial discount as it was theorized that Jackie made more than 7 figures. So Jackie was out of a job and Artie Lange got the full time gig in October.

While Jackie could try to play off that he wanted off the show, it’s clear that he didn’t. His high paying comedy gigs started to dry up and he was relegated to the smaller clubs that he was used to before the Stern Show was syndicated nationally. Jackie never got the Hollywood gig of punching up scripts. Perhaps being at home now put a strain on his marriage to Scoldees lead singer Nancy Siriani Martling which led to his divorce. Jackie eventually found his way back to Howard when he got a weekly show on Howard 1001 on Sirius-XM called Jackie’s Joke Hunt. When that show was canceled with many of the other Howard 101 shows due to cost cutting, Jackie went ballistic. Jackie ended up doing podcasts and radio show including Opie and Jim Norton where he was just attacking Howard. Still trying to trade off Howard’s name and probably burning the bridge for good, this Fall, Jackie will release “Bow to Stern”, which I’m sure will be a 300-page trashing of Howard, Robin, Fred, and Gary.

Say what you will about David Caruso, but he moved on from NYPD Blue. Jackie used to call the gang that was on The Howard Stern Show as a radio version of The Beatles. Howard would joke that meant that Jackie was Pete Best, but Pete never negotiated himself off The Beatles like Jackie did.