Stick to a plan that will work

Stick to a plan that will work 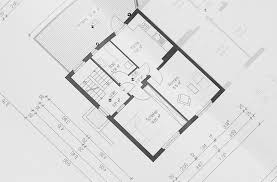 When I first started out, I worked as an attorney affiliated with a third party administration (TPA). The problem with this TPA that it had 4 main partners and two other employees who had small ownership interests; it was a tribe with two many chiefs. Another problem is that it can never keep order in their daily 401(k) administration practice.

It seemed that every 6 months, there was a new method in running that area. It was either a new person in charge, a change in the delineation of duties, or some other change. One change where the person in charge of administrators was made the head of the daily 401(k) operation caused the entire compliance staff to quit. That person placed in charge was no-nonsense and his authority was curtailed by the chiefs when he was forced to report to someone else.

The TPA never kept to its plans, it always changed them without giving one a shot. At one point, one of the chiefs (still a chief even though they sold the business to a national conglomerate) said that if the new plan didn’t work, he’d fire himself. It didn’t work out and Dan didn’t keep to his promise. It was only near the end when the entire business was going to close as the entire block of business was sold off that things were starting to run well.

Any plan that you have in reshaping your business has to take time and it has to be the right plan. Changing plans all the time without giving time for one to work isn’t the way to run a business. It’s like the old Soviet Union who every 3 years, came up with a new 5 year plan.