The Trump threat to 401(k) and the reality of it

The Trump threat to 401(k) and the reality of it 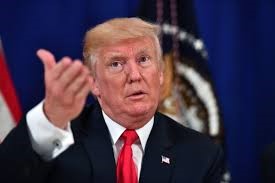 When Donald Trump was elected President last November, there were quite a few people who promised gloom and doom as if it was the end of our republic. Despite the tweets and the drama, that really hasn’t panned out yet.

Many in the 401(k) plan industry have been predicating that any tax reform will jeopardize 401(k) plans. Despite denials, the rumor is that a Trump tax reform proposal will end the tax-deferred treatment of 401(k) deferrals, effecting making all salary deferrals as Roth after-tax contributions. While there are tax benefits to making Roth contributions, the fact is that many rank and file employees will stop making 401(k) contributions if they are made post tax because time are tough to make ends meet. If rank and file employees stop contributing, then there will be a domino like effect because thanks to deferral discrimination testing, highly compensated employees may be constrained from deferring.

Even if this does make part of Trump’s tax reform proposal, don’t be so sure it will pass. Just ask everyone who though a replacement for Obama care was a fait accompli. When you factor that he 401(k) plan is the #1 retirement savings vehicle in the U.S., with more than 55 million active users contributing over $5 trillion to the plans as of March 2017, don’t be so sure that plan participants and Wall Street won’t have a say.

We have a retirement savings crisis in the United States and any proposal to curtail the tax deferral component of 401(k) deferrals will be dead on arrival in my opinion. Everyone loves the idea of tax reform and a flat tax until important tax deductions are proposed as being taken away.