What Were They Thinking #34 MLB Umpires resign en masse

What Were They Thinking #34 MLB Umpires resign en masse 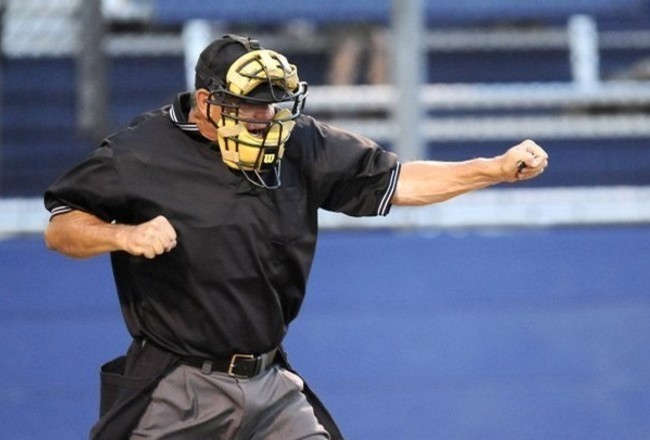 In professional sports, the strength of any union is determined by the resolve of its members. Compare the strength of the Major League Baseball Players Association during the 1994-1995 strike that held together against the National Football Players Association that caved in four weeks after the 1987 strike started because many union members crossed the picket line and the NFL hired replacement players/scabs. While some unions are weak, the most idiotic move by any professional sports union has to be the Major League Umpires Association (MLUA) in their 1999 mass resignation that eventually led to the end of the union and cost 22 member umpires their jobs.

In collective bargaining, you can’t strike when you have a valid collective bargaining agreement. The MLUA under the leadership of Richie Phillips knew that. They had disputes with Major League Baseball concerning work conditions especially the fact that Major League Baseball would replace the American and National League in being of control of umpires.

So since they couldn’t strike, Richie Phillips came up with an idea that would force Major League Baseball (MLB) to re-negotiate a new contract with the umpires. He told all the umpires they should resign their positions as Major League Baseball umpires. Phillips reasoned that MLB would have no choice but to negotiate a new contract in 2000 especially when umpires would be due $15 million in severance pay. The union intended to have MLB negotiate with a newly formed corporation, to be created after the mass resignation occurred.

There were 68 umpires and 66 were MLUA members. 54 umpires sent in letters of resignation to be effective September 2nd to force MLB operate with MLUA umpires. The problem is that the mass resignation quickly backfired when MLB decided to accept the resignations. In a panic, many umpires tried to rescind their resignation with several claiming that they never thought Phillips would send the resignations in, others thought they could rescind anytime before September 2nd.  Sensing that the mass resignation was doomed, MLUA went to Federal court to sue to allow the rescission of resignations, only to lose an attempt at an injunction.  MLB accepted 22 resignation letters, 13 from the National League and 9 from the American League. Attempts at arbitration and court intervention failed and severance packages were negotiated for the 22 who lost their jobs. Any attempt at a strike was thwarted when MLB threatened to fire any umpire who would partake in an illegal strike.

This was an epic disaster for a union of any kind and since Phillips wasn’t the most popular union leader, umpires critical of him talked about a new union for umpires.  The Major League Umpires Independent Organizing Committee was created by American League umpires to decertify the union. The National Labor Relations Board held a certification vote and MLUA was decertified as the umpire’s union by a vote of 57-35. The World Umpires Association became the new umpires union. The MLUA still was representing the 22 who lost their jobs. An arbitrator in 2001 rules that 9 umpires of the 22 had to be rehired. Another 3 were to be rehired as part of a new collective bargaining agreement. The other 10 who didn’t get rehired got severance pay. In the end, umpires became under the control of MLB.

The job of a union is to represent its members The MLUA failed by coming up with a gimmick that wasn’t going to work especially when Phillips had his detractors. Once umpires started to rescind their resignation, the labor action was doomed as a terrible idea.