Hagler-Hearns is still the greatest fight ever

Hagler-Hearns is still the greatest fight ever 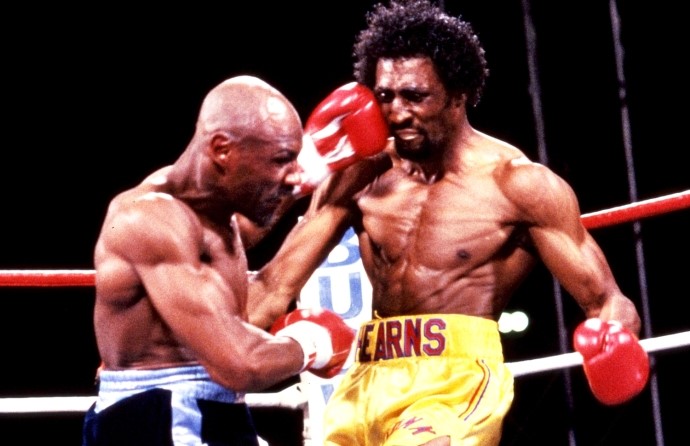 Every time there is a mega fight like a Mayweather or Pacquaio fight, I always think of what I still think is the greatest fight of all time: The War between Marvin Hagler and Tommy Hearns from Caesars Palace on April 15, 1985.

The fight last three rounds on a Hagler TKO but it was a thrilling match from bell to bell. I dare for anyone to show three rounds that were so thrilling and action packed. I still think the first round is probably one of the greatest rounds in the history of boxing for the back and forth action. Unlike most of his fights, Middleweight Champion Marvin Hagler got a quick start by storming Hearns and getting him against the ropes. Hearns was able to go tit for tat with Hagler including a right hand that stunned Hagler, but was a punch that would have knocked down most boxers. Hearns later admitted to his trainer, Emanuel Steward that he broke his right hand on Hagler’s head. Hearns still fought two more rounds with a broken hand. Hagler was busted open with a cut on his head and to this day, still doesn’t know how it happened.

The second round foreshadowed Hearns’ defeat because Hearns’ legs looked rubbery.  Hagler was starting to control the fight for good, switching from orthodox to southpaw. Hagler was roughhousing Hearns with low blows especially agaisnt the ropes.

The third round was the end for the fight. Hagler dominated the round, but refree Richard Steele stopped the fight for a moment for the ring doctor to check Hagler’s cut. After the doctor allowed the fight to continue, Hagler wanted a quick end. Hagler landed a hard right hook high on Hearns’ head around the ear. The blow staggered Hearns, who awkwardly stumbled backwards into the ropes. Hagler smashed a vicious right hand to Hearns’ chin. Hearns went limp and fell forward, as Hagler landed two uppercuts, which caused Hearns to fall. Hearns beat the count at 9, but Steeler wisely ended the fight.

As a kid, I always remarked how no boxing match had the action of a Rocky movie. Hagler-Hearns is the only fight that I remember that could rival a fight in a Rocky movie.