What Were They Thinking #37 Aerosmith without Joe Perry

What Were They Thinking #37 Aerosmith without Joe Perry 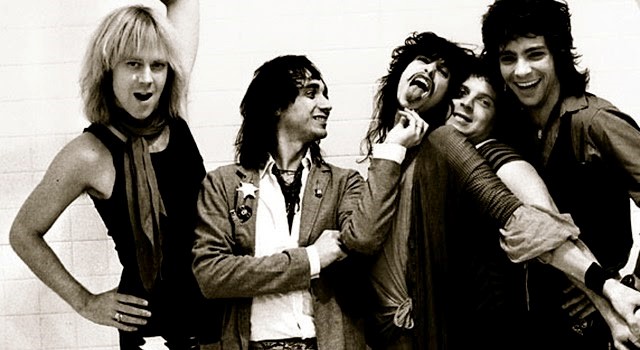 When you think of any rock band, you always think of the lead guitarist. The Rolling Stone have Keith Richards; The Who has Pete Townsend; Led Zeppelin had Jimmy Page, and Van Halen has Eddie Van Halen. The thought that any of these rock bands could go on without their lead guitarist is unfathomable.

Yet, Aerosmith did that. For 5 years, they soldiered on without their lead guitarist, Joe Perry. While they soldiered on, their popularity waned so badly that it was a joke in the movie Fast Times at Ridgemont High because Damone couldn’t get any more interest in selling off Aerosmith concert tickets.

Prior to 1979, Aerosmith was one of the most popular American rock bands. More than a perceived rip-off of the Rolling Stones, lead singer Steven Tyler and Joe Perry, also known as The Toxic Twins, were a dynamic songwriting team. Steven and Joe were like brothers and fought like brothers and the problem was that there was a girl in the middle, Alyssa Perry. Alyssa was Joe’s wife and Steven knew her for years from the times he was summering at his family’s report in New Hampshire, which is where he met Joe. Steven couldn’t stand Alyssa especially when she wouldn’t share drugs with Steven. He couldn’t stand her, he wrote Sweet Emotion about her (“You talk about things and nobody cares”). The rest of the band and their wives didn’t care about Alyssa, but Joe did.

A combination of writing multiple albums, multiple tours, and the drugs, something was going to blow. Aerosmith crumbled over a case of spilled milk, literally. Alyssa Perry threw a glass of milk at bassist Tom Hamilton’s wife, Terry at a show in Cleveland in 1979. That was the straw that broke the camel’s back and Joe bolted the band in the middle of recording Night in the Ruts. Joe started The Joe Perry Project, which took him from a decent selling debut album to living on his manager’s couch when his marriage to Alyssa crumbled in 5 years. By 1984, Joe was dead broke and need a way back into Aerosmith.

Aerosmith went on, slowly. Thanks to a motorcycle accident, a new album was delayed and rhythm guitarist Brad Whitford also quit in 1981. So Aerosmith soldiered on with Jimmy Crespo replacing Joe Perry and Rick Dufay replacing Brad Whitford. Rick Dufay is now more well known as Minka Kelly’s father. The new Aerosmith released Rock in A Hard Place in 1982. It’s not a bad album, but was the only album Aerosmith released that didn’t hit platinum. Tyler/Perry is a much better songwriting team than Tyler/Crespo, actually, Steven Tyler was barely sober to contribute much to the album. It also didn’t help that the album cover looked a lot like Spinal Tap’s Stonehenge when This is Spinal Tap was released in 1984.

Aerosmith’s popularity waned as music tastes changed thanks to MTV. Aerosmith went from selling out arenas to arenas to barely selling out clubs. When Perry and Whitford came backstage to the Orpheum Theater in Boston on Valentine’ Day, it was only a matter of when Aerosmith would reunite rather than if. Supposedly, Rick Dufay pushed Tyler to reunite with Perry. Within a few months, The Back in The Saddle Reunion Tour was announced. After finally getting clean in 1987, Aerosmith would be bigger than ever with albums such as Permanent Vacation; Pump; and Get A Grip.

When a lead guitarist is an integral part of the band and the songwriting process, replacing them isn’t much of an option.