The Value Will Always Be In The Older Cards

The Value Will Always Be In The Older Cards 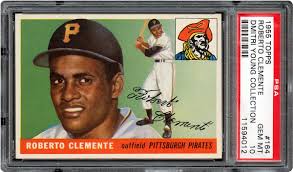 Thanks to an interest in going to baseball cards show to meet former players and a son who is 12, I’ve gone back to collecting baseball cards. I saw how the baseball card business has changed since the time I left: the business is a lot smaller and the high-end card products have increased. While my son loves the new cards and some baseball card boxes are over a thousand bucks, the money will always be in the older cards.

When Upper Deck came out with baseball cards in 1989, they creamed the other card manufacturers including Topps by releasing a premium brand with full color on both sides and a hologram to deter counterfeiting. That spurred Topps, Fleer, Donruss, and Score to release premium sets. The 1994 baseball strike helped kill the baseball card business and its popularity has never equaled what it was prior to the strike.

With a declining market and too much product, Major League baseball decided to award Topps with the exclusive license to produce baseball cards. Topps did what any business would do with any declining business, they created stronger demand by limiting the printing of the product. They also created high-end sets with guaranteed autographs and relic cards per box with some high end sets topping $1,000 a box. The cards are beautiful, but there are still too many sets especially with Topps releasing an on-demand daily card called Topps Now, where cards are available for 24 hours only. I bought an Aaron Judge autographed card at one point in the season when it was only $129. I had the card graded and I sold it for $480. $480 is around the price I have bought Roberto Clemente cards that are graded PSA 8. While Aaron Judge could be the next Hank Aaron (or Kevin Maas), there is only one Roberto Clemente and there was only one main Topps issue for Clemente between 1955 and 1973, that’s 19 regular issue cards. Compare that to Aaron Judge, who has had more than 19 rookie cards just when you count how many Topps Now produced. There are enough cards out there to meet any demand for Aaron Judge cards. Since he’s a rookie, he will have hundreds and hundreds of cards printed for him before he retires. Thanks to collectability and the business of collectability, almost all will be near pristine condition. The same can’t be said for Roberto Clemente who tragically died trying to save victims of an earthquake in Nicaragua. Of course, kids who collected Clemente cards back in the day stored cards with rubber bands and in bike spokes. The limit of high quality graded cards printed before 1981 will never increase, the value will always be there.

People will say that future generations will not be interested in the high graded cards of yesteryear. I disagree, I collect Clemente cards and he died less than 8 months after I was born. High-grade tobacco cards from the early 20th century and 1930 Goudey gum cards still hold their value. Like fine art of Renoir and Cezanne, high-grade vintage cards will always be treasured and valued. Like I tell my son, the money will always be in the older cards.