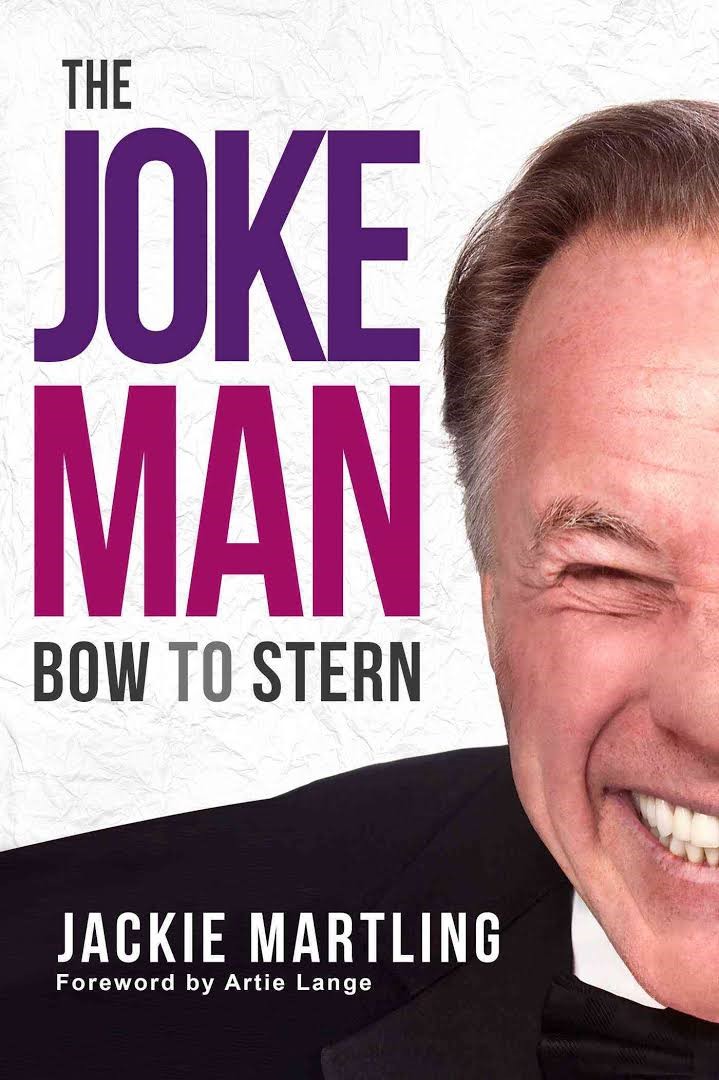 I’ve been a Howard Stern fan since 1983 with his afternoon drive on WNBC. So I’ve been a fan when he was forced to play Gloria by Laura Brannigan and the Hill Street Blues theme on afternoon drive. A big part of the Howard Stern Show’s history was head writer Jackie The Jokeman Martling, who was well known for writing jokes on notepads and his incessant laugh that they still play today.

Jackie was a great comedian and a great writer but was always portrayed as someone more concerned with how much Howard was making and how little he was. It seemed that every time that Jackie’s  contract was up, he’d walk off the show in a negotiating ploy. In March 2001, as predicted, Jackie walked off the show with his contract up, but this time was different. Rather than back in, the radio station called Jackie’s bluff and eventually hired Artie Lange as his replacement in October 2001. It was one of the worst career decisions in history, far worse than Suzanne Somers getting fired on Three’s Company or McLean Stevenson leaving M*A*S*H. Jackie’s dream of punching up scripts in Hollywood never occurred and he had a weekly show on Howard 101 and that’s about it as well as his constant comedy shows which are back at comedy clubs instead of theaters.

Now that his radio show on 101 is over and he’s been appearing with other disgruntled former Stern show staffers like Artie Lange, Stuttering John, and Steve Grillo on podcasts, Jackie released a book called The Joke Man: Bow to Stern. Just based on the title of the book, you know he’d never get to promote that book on the Stern Show. While the click bait site Radar Online tried to make it look like the book was a tell-all takedown of Howard, it isn’t.  If you were hoping for 300 pages of insults against Howard and Robin, take your money elsewhere. The book is a take on Jackie’s life and his take on his life on the Stern Show including the memorable Jessica Hahn bathtub scene that forced Jackie to apologize to his then wife.

While Jackie takes aim at Gary’s teeth and John’s stuttering, this isn’t 300 pages of why Howard is cheap and why it’s all Howard’s fault that Jackie left the show. The section on the 2001 walk off is interesting because it gives Jackie’s side of it. I don’t know if the walk off and salary dispute was really Jackie’s way of trying to say he wanted off the show as he has alluded to or whether Howard didn’t return Jackie’s plea that he would accept the final offer or not. Regardless of what’s true or not, Jackie clearly regrets that he left the show in the way he did. Sure getting up at 4:30 am was rough, but the show offered him opportunities he wouldn’t get otherwise.

The book isn’t really a behind the scenes book as much as I thought it would be, it’s just a charming, funny, book that reminisces about some of the high and low points of Jackie’s time of the show. If you’re a fan of the Howard Stern Show during the golden years with Jackie, you’ll enjoy this harmless stroll through memory lane.