Massachusetts proposes a MEP and why it’s a bad idea

Massachusetts proposes a MEP and why it’s a bad idea 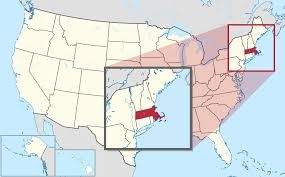 After Vermont decided to proceed with sponsoring an open multiple employer plan (MEP), legislation proposed would make Massachusetts the second state to sponsor a 401(k) MEP.

Prior to May 2012, we had a decent market for open MEPs, open meaning that there was no commonality or nexus between the adopting employers like an association plan. I say decent because there were some high priced MEPs like the folks who got that adverse advisory opinion concerning theirs that has put the idea of Open MEPs on ice ever since because of the need of multiple 5500s for adopting employers because the DOL said without commonality, you have multiple plans (which require multiple 5500s).

I believe in the idea of an Open MEP and 5 ½ years later, we have absolutely no content from DOL on what would be an Open MEP that works as a single plan for 5500 purposes. I believe that the solution for Open MEPs should come from plan providers who know the basics of private retirement plans rather than politicians and civil servants who can’t spell 401(k) without spotting them the 4, the 0, the 1, and the k.

People are very wary of government, I don’t see many employers signing up for a plan sponsored by a state government.