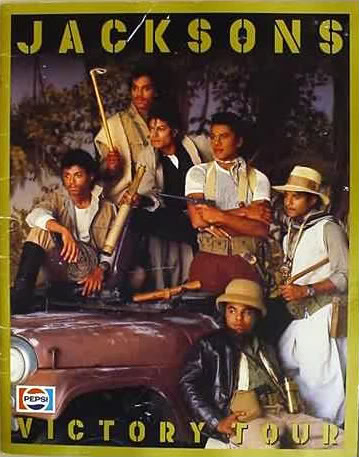 Tom Brady and Bill Belichick have won 5 Super Bowls for Robert Kraft’s New England Patriots and they can thank Michael Jackson and the Jackson Family for it. Seriously.

The New England Patriots were originally owned by Billy Sullivan and his family as they were original members of the American Football League. They played for a few years around Boston before moving to Foxboro in 1971. The stadium which was called Schaefer and later Sullivan Stadium was owned by the Sullivan family.

The Sullivan family through son Chuck Sullivan decided to promote the Jacksons Victory Tour by guaranteeing a $36.6 million advance to the family using Sullivan Stadium as collateral. The Sullivans through the tour was a can’t lose proposition, especially with Michael Jackson coming off his Thriller album success. The Jacksons did well and tickets were sold, but the cost of conducting the tour was too much. The Sullivans lost around $20 million in the tour and had to put the Patriots and the stadium up for sale. Thinking they could become concert promoters and make a killing promoting the Jacksons pretty much bankrupted the Sullivan family and force them to sell their team.

The Sullivans sold the team to Victor Kiam, who was well known for his role as owner and pitchman for Remington Products. The stadium fell into bankruptcy and Kiam lost a bid to buy the stadium to a businessman known as Robert Kraft. Kraft was a season ticket holder since 1971 and bought the stadium for $22 million. The stadium was outdated, even when it opened, but it had something useful: a lease with the Patriots through 2001.

Kiam ran into financial trouble and eventually sold the team to James Orthwein in 1992. Orthwein wanted to move the team to St. Louis, where it would be called the Stallions. The only problem is that the team had a lease with Kraft through 2001. Orthwein offered Kraft $75 million to break the lease, but Kraft would have none of it. In 1994, Kraft offered Orthwein $172 million for the team, which was a record price, that Orthwein thought was too good to pass up. Kraft eventually hired Bill Belichick as head coach in 2000 and since 1994, the Patriots have won 5 out of the 8 Super Bowls they’ve appeared in.

The snowball effect is the idea that something small and insignificant can become larger and dangerous. The Jacksons Victory Tour inadvertently caused the greatest dynasty in modern professional football. Robert Kraft knows that and that’s why he has a Victory tour poster in his office.