What Were They Thinking #39 Music Industry can’t get its digital act together, makes Apple what it is today

What Were They Thinking #39 Music Industry can’t get its digital act together, makes Apple what it is today 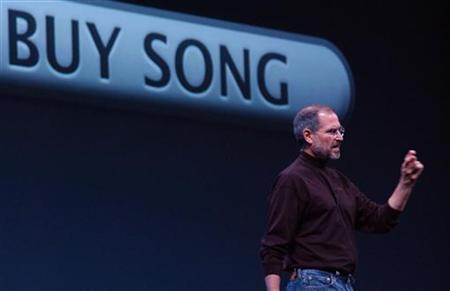 The music industry was flush with cash in the early 1990s by signing crazy contracts with musical acts like Aerosmith, REM, and Janet Jackson. The music industry felt that they had a license to print money, but there was a threat to the industry that they would never recover from.

Thanks to the Internet, there were sites people could trade digital music files. Napster was started in 1999 as one of those sites, but it was clear that the site was created to have users download free music and Napster was clearly infringing the copyright of musicians. The problem with Napster was that it was easy to use and the music industry didn’t have an alternative available where people could easily download music and pay for it. Why would music fans pay for something that doesn’t exist and instead, used Napster and other sites for free music?

Rather than develop a viable music service that could benefit the industry, the industry decided that litigation was their best course including suing Napster as well as music fans who used the site to get free music. While the music industry couldn’t successfully create a pay service (MusicNet and Pressplay failed, does anyone remember them?), someone in Silicon Valley did. His name was Steve Jobs and he made a proposal to the music industry that eventually crippled the music industry and made Apple the most successful technology firm out there.

The razor-razorblade model is a business model involving the sale of dependent goods for different prices – one good is sold at a discount, while the second dependent good is sold at a considerably higher price. Not only is this business model shown by Gillette and it’s different razors, you also see it with computer printers, and SodaStream soda machines. While everyone thinks about Apple’s IPod and it’s effect on the music business, people forget that the IPod was first released before you could buy songs through Apple.

When the iPod was released in 2001, it was still two years before you could buy music through the iTunes Store. There was an iTunes, but you could only add music by uploading CDs and mp3 files that you owned. Steve Jobs realized that since the music industry couldn’t get its act together to release a viable pay mp3 service, he was going to do it and he did. Steve Jobs was able to negotiate with the five major music labels and launch the iTunes store. Jobs wanted to sell songs at 99 cents each and some music labels wanted to charge $3 a track, which was absurd when most albums those days were selling at $12-15. The music industry eventually agreed to the 99 cents per track fee, but they agreed to just a one-year contract. The problem was that after a year, the iTunes Store was so successful that Jobs became a juggernaut that the industry couldn’t stop.

Not only was Jobs the new king of the music industry, the deep integration between iTunes and the iPod made the iPod the music player of choice, dooming competition from Dell and the Microsoft Zune. That deep integration of Apple and the iTunes Store continued with the sale of apps for the iPhone and the IPad. People who bought the iPod eventually bought iPhones and IPads because they loved the seamless integration that the iTunes Store offered. I think the iTunes Store created the Apple juggernaut and Steve Jobs built the juggernaut off the backs of the music industry who were too slow to offer a good music service for a fee. If you don’t take an opportunity to sell your service, someone else will.