What Gal Gadot means to me

What Gal Gadot means to me 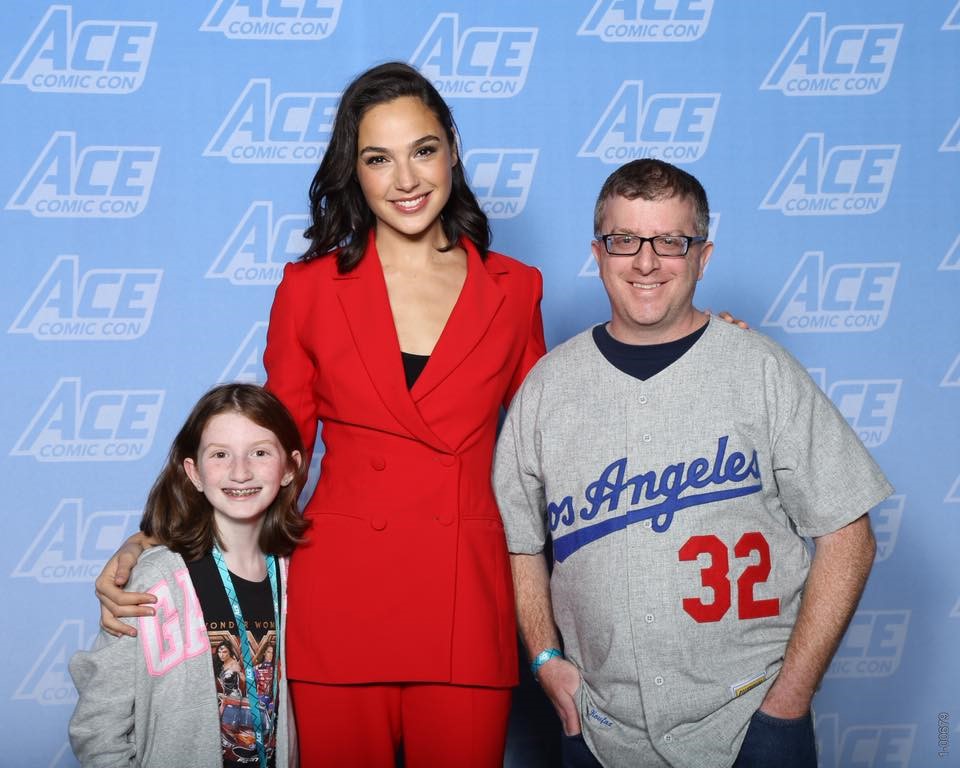 Months ago, I noticed that there would be a new sci-fi convention on Long Island called Ace Comic-Con, Scheduled for this past weekend. The big news is that Gal Gadot, Wonder Woman, would be there to sign autographs. My daughter was a big fan of the movie and my kids love meeting celebrities and athletes at autograph signings, so this was a no-brainer.

I plunked down the enormous fee for VIP tickets to see Gal. I had no interest in seeing the others stars in attendance like the other members of the Justice League sans Ben Affleck or the star of Daredevil. I really wanted to meet Gal because she means a lot more to me than just being Wonder Woman and I’ll explain.

The Wonder Woman movie was the best movie in the DC Universe, but I think there is still about a dozen Marvel movies that might have been better. The reason I wanted to meet Gal because of what she represents to me as an Israeli and a Jewish mother.

I’m a first-generation American, so that means my parents and grandparents weren’t born here. My mother arrived in 1964 and my father arrived from Israel in 1965. All my grandparents survived the Holocaust except for my biological grandfather who was murdered in the Ukraine in a Nazi Labor Camp (my grandmother re-married and I’m named after my biological grandfather). Being a first-generation American, being the son of an Israeli, and being the grandson of Holocaust survivors, I have a strong attachment to Israel. While I’m an American first, I have nothing but love for Israel because it’s the home of my people and thanks to the Law of Return, it’s my home if I ever need one.

Since 1948, Israel is known more for the constant wars and technological advances in warfare, science, and the Internet. Despite what my parents told me when I was a kid, Israel can also win some Olympic medals too. Contrary to that leaflet of famous Jewish sports legends in the movie Airplane!, the Jewish Americans on the Israeli baseball team did pretty well at the last World Baseball Classic.

So what does all this have to do with Gal? Gal is really the first world recognized Israeli superstar. She represents the best of Israel with her personality, her looks, and she has the unabashed love for Israel. Unlike Bar Rafaeli, Gal did her time as a soldier for the Israeli Defense Forces. Unlike an Israeli politician, she also isn’t bogged down by the 90+ years of hatred of all things Israeli and Jewish in the Middle East. It’s great to see someone Israeli who is more than just a soldier or a politician  Having a Jewish daughter who at times is uneasy being one of the few Jewish girls at school, Gal is the perfect example on what great things that a Jewish and Israeli woman can do. She’s more than just Wonder Woman, she’s a wonderful woman in her own right and one of Israel’s greatest exports.