Plans should get rid of those forfeitures

Plans should get rid of those forfeitures 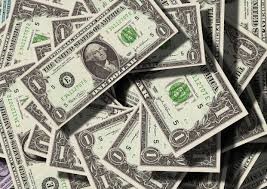 Forfeitures that occur when people terminate service from retirement plans is usually a problem when the plan sponsor and their providers forget about them. Whether forfeitures are used to pay expenses, reduce employer contributions or is reallocated is specified in the plan document. The problem is when they just left there to collect dust.

Forfeitures should be allocated in the year that they occur. If they don’t, it might be an issue for the Internal Revenue Service (IRS) or the Department of Labor (if participants are deprived of an employer contribution from these forfeitures).

There is no reason that an employer should have hundreds of thousands of dollars growing each year in forfeitures, they should be allocated annually. Otherwise, the plan may run into an issue and it’s silly to have compliance issues with something as silly as holding onto forfeitures.

So if you have a client with loads of forfeitures, tell them to get rid of them.