Second Kindle book will be coming

Second Kindle book will be coming 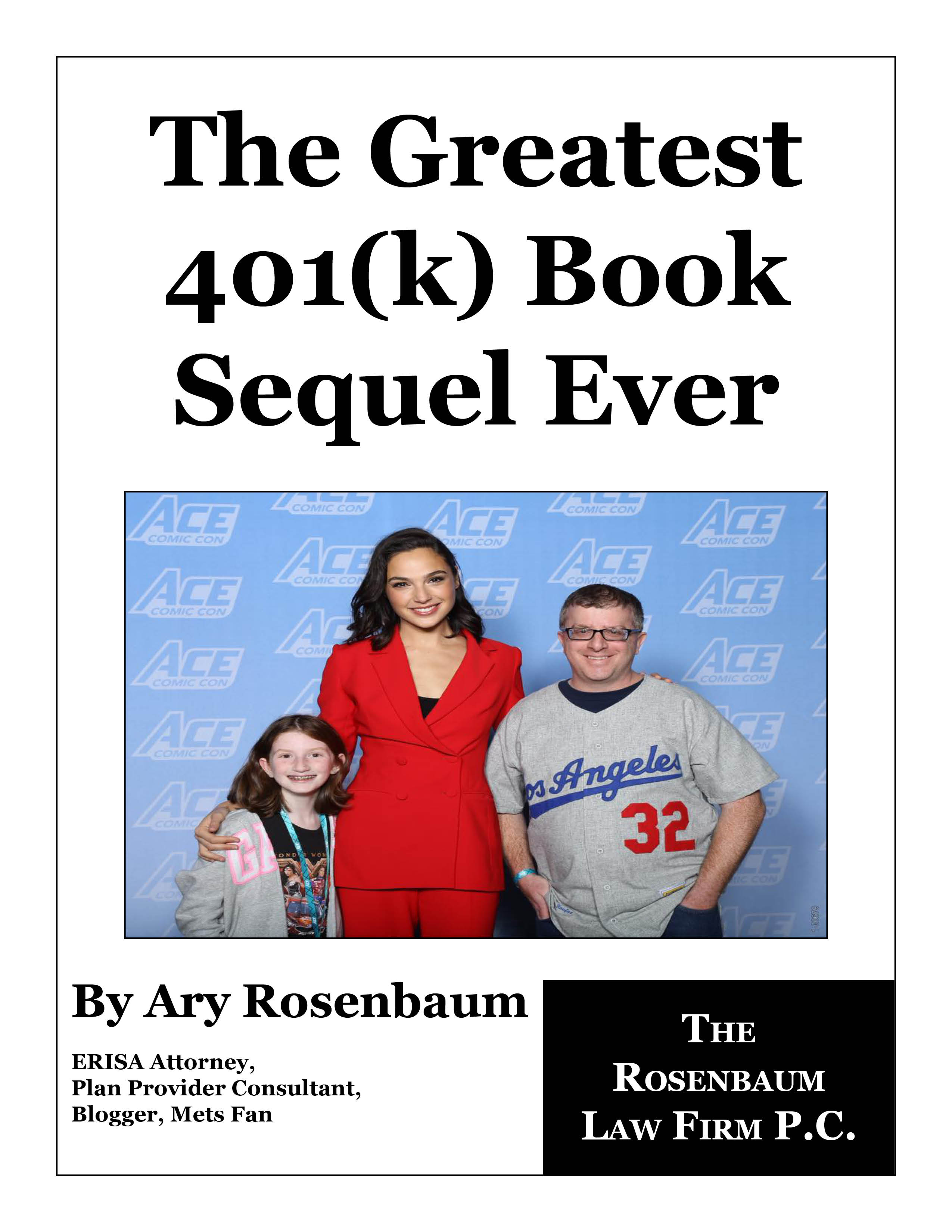 In a shameless act of self promotion, I would like to announce that I’m working on a new Kindle Book. It’s a sequel to my first 401(k) book called: How to Succeed in the 401(k) Plan Business: (and 401(k)’d: A Life). The book, released in 2014 was smashing success; about three dozen in the industry bought the book.
The new book is entitled: “The Greatest 401(k) Book Sequel Ever.” Before I get criticized and condemned by people who have written two or more 401(k) books, it’s sarcasm.
The book picks up where the last one left off and I offer some fresh, new insights on the 401(k) business. I also succeed in the impossible task on how my terms as a synagogue vice president is a learning experience for those in the retirement plan business plus I finally mention the whole Matt Hutcheson debacle where the person I succeeded as a plan fiduciary on one multiple employer plan, accused of stealing $5 million from two other plans.
The book should be out sometime in February and there will be a sale on the first book to build up the necessary excitement.
For those who want to cover the book or offer the book as some sort of promotion for your plan providers, you know where to reach me.