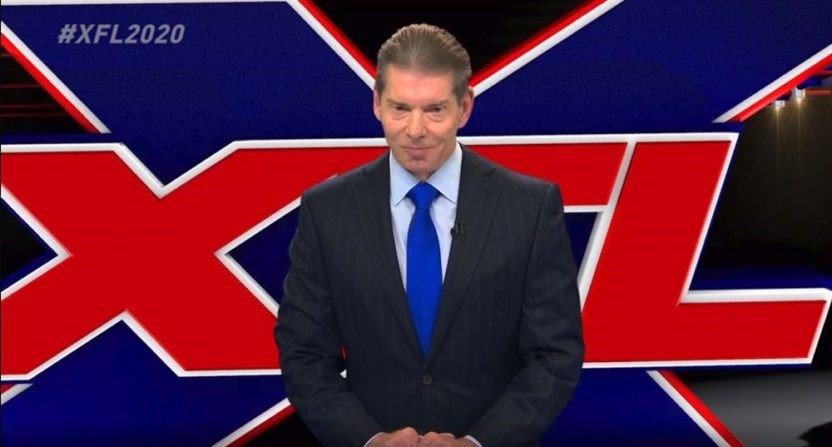 The original XFL is considered one of the great failures in sports history, having folded after one season in 2001. It cost its owners, the World Wrestling Federation (now World Wrestling Entertainment) and NBC lost $70 million. When you consider how much the USFL and the NASL lost, $70 million is just a drop in the bucket. However, so many people thin Vince McMahon has gone mad as he is committed spending $100 million for a new XFL. If Vince learns from his prior mistakes, this XFL might succeed.

Why did the original XFL fail? First, the quality of play wasn’t very good and it showed. The first game on NC Saturday night primetime drew great ratings, but the awful play scared fans away,

Second, having NBC as a partner was great, but a Saturday night primetime slot was a recipe to fail. While it’s the lowest rated night of the week, low XFL ratings were the talk, that would have been solid on a weekend daytime slot.

Third, I believe the ties behind the World Wrestling Federation and the XFL scared away many football viewers who have no love of anything remotely connected with wrestling. To avoid that and avoid the issues dealing with WWE stock, Vince is funding the second coming of the XFL from $100 million of his money.

The second XFL will certainly be different than the first. The first relied on advertising of smash mouth football with no fair catch, what we know about concussions these days will curtail the extreme element of smash mouth football. It’s unlikely that a broadcast partner will be an equity partner this time. Vince would probably do it alone rather than have a broadcasting partner pulling the plug quickly like NBC did. With streaming services and multiple sports cable channels these days, Vince could finally find a few partners that would throw some broadcast rights revenue at him. Vince could always throw a game a week on his WWE Network, but I think there would be issues since the new XFL won’t be a WWE property.

Vince needs to learn from his mistakes. I assume the level of play will be better this time around as they will launch the league in two years rather than rushing it last time with only a year launch.

I think it would be a mistake again to attack the NFL like he did the first time. Vince knocked them again with the launch announcement of XFL 2.0 when he suggested that none of his players would kneel for the national anthem and that no players with a criminal record would get an XFL job. I think Vince doesn’t need to feel that he’s in competition with the NFL, that’s what doomed the USFL. I think the XFL would be best to be in a position where they could eventually collaborate with the NFL and maybe be a feeder league, which would be accompanied by NFL support. After NFL Europe folded, the NFL hasn’t had a feeder league system as the UFL and FXFL failed to fill that role.

There should be limited connection between the XFL and WWE. No wrestler promos to start a football, no wrestling announces like Jim Ross, Jerry Lawler, and Jesse Ventura. The football should thrive or fail on its own.

As long as Vince doesn’t repeat history, I think he has a shot to make sure that the second go-around isn’t a flop.