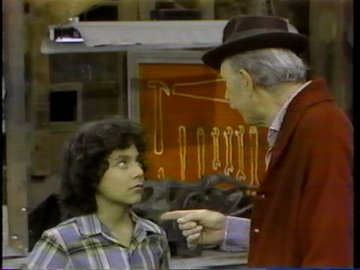 In television history, there have been many times where the actor or actress on a show dies in real life and the television show carries on after making the necessary replacements. Petticoat Junction went on after Bea Benaderet. Bonanza carried on after Dan blocker died. Dallas went on after Jim Davis died, the TNT reboot went on after Larry Hagman died. Hill Street Blues, Cheers, Night Court, and The Sopranos, also carried on. Those shows could go on because they were ensemble shows and the actors/actresses who died were older and died of natural causes.

One of the most amazing things about the show Chico and the Man is that Chico is a slur for Mexican men and Chico was played by Freddie Prinze, who wasn’t Mexican. In 2018, this wouldn’t fly, but in 1974, that was acceptable. Freddie was a comic sensation. At 19, he was the first young comedian who was being asked to have a sit-down chat with Johnny Carson on The Tonight Show on his first appearance. In 1974, he was paired with Academy Award winner Jack Albertson for the James Komack created Chico and the Man. For its first two seasons, it was in the top 10, and for NBC in those days, that was a big deal.

Freddie had his personal demons and those demons were depression and drugs. He was married in 1975 and a few months later, he became a father to actor Freddie Prinze Jr. in March 1976. His drug use was out of hand and his wife filed for divorce. While on the phone with his wife, Freddie pulled out a gun and shot himself as his manager looked on. He died a day later, Freddie was 22. The coroner ruled it a suicide, a civil lawsuit claimed it was accidental. Regardless, a comedy icon was dead at age 22.

Chico and the Man was created as a vehicle for Freddie Prinze and the hallmark of the show was the constant bickering and mutual respect between Chico and crusty Ed, played by Jack Albertson. How could a show like Chico and The Man continue on without Chico? Instead of letting the show die, producers decided to carry on especially when the show needed at least a 4th season to hope the show would be sold to syndication. So the producers decided to replace Chico with a 12-year-old boy named Raul, played by Gabriel Melgar for the 4th season. Eventually, towards the end of that 4th season, it’s finally admitted that Chico had died. The show died pretty much soon after. It’s hard for a show to carry on when the main character dies and its even harder when the actor playing the part died from his own hands. Chico and the Man was a comedy and Prinze’s death sucked the fun and comedy out of the show.

The show made it into syndication and it’s just amazing that the producers decided to carry on when killing off the show would have been in better taste.