Wrestlemania: The Annual Event of trying to get Roman Reigns over

Wrestlemania: The Annual Event of trying to get Roman Reigns over 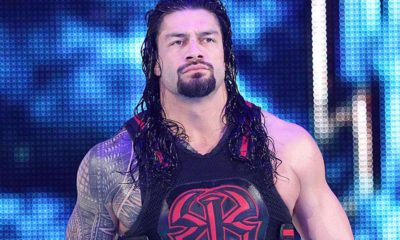 They often say that if at first, you don’t succeed, try, try again. Well the WWE has taken that to heart as Wrestlemania XXXIV is the fourth annual attempt at trying to get Roman Reigns as the next big star.

Many years ago, the WWE (then known as the WWF) quickly pushed a brand new star as the next big thing. He came from a family of wrestlers and they quickly pushed him as the next big thing. The only problem is that the wrestler never connected with the fans and the fans resented that this new wrestler was being shoved down their throats. The next big thing was becoming a big-time flop. Luckily for the WWF, the wrestler was injured and upon his return, changed his character to becoming a heel who resented all the fan’s hatred of him. That wrestler first known as Rocky Maivia became The Rock and is now Hollywood star Dwayne “The Rock” Johnson.

A few years back, the WWE thought that the Rock’s cousin would be the next big star. Roman Reigns was considered the star of The Shield, even though the fans liked Dean Ambrose and Seth Rollins more. Despite what the fans wanted, the WWE was adamant of trying to make Roman the next big thing. For the past 4 years now, the WWE is still insisting that Roman will be the next big thing even though he has no connection with the audience and the fans resent him. Jobbing the Undertaker at Wrestlemania XXXIII to Roman Reigns last year couldn’t get Roman over. Roman going over Brock Lesnar and Triple H, couldn’t get Roman over either. The WWE hasn’t bothered to change his character even though his character seems aloof and distant to the audience. His promos lack passion and the audience will never connect with him as long as he’s going through the motions. Rock and Roman maybe cousins, but Roman will never connect with the audience like the Rock did.

How long will it take for Vince McMahon and his son-in-law, Triple H, figure out that Roman won’t be the next big star?

As Roman fails again to get over, the one wrestler that Vince and Triple H never wanted to get over, Daniel Bryan, makes his return after three years of inactivity because of concussion issues. If Daniel connects with the audience again and remains healthy, will they push Daniel again? I don’t know, it seems they are committed to Roman Reigns no matter what as ratings remain stagnant.