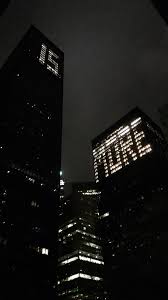 I’ve told the story many times, but I used to work for a well known ERISA attorney at a union sized law firm for about 10 months. The woman was absolutely brilliant, but I had to leave there after 10 months because she liked to do things at the last minute and I didn’t want to be drafting plan amendments at 2 am when I had two infants at home. Another thing that drove me nuts is that our styles clashed: I believed that less is more and she believed that more is more, she felt the need to justify her fees. Instead of using existing model language for a canned plan amendment, she wanted me to draft one from scratch and charge the client 10 times more.

I come from the position that when dealing with clients and other plan providers, that less is more. When it comes to marketing materials, any form of communication, and even conference presentations: I believe that less is more. You can say more by saying less. I’ve spoken at conferences where I spoke for 10 minutes and have spoken for a half hour and I can tell you that I’ve probably said as much in 10 minutes than in 30 and I think I had a greater impact. You need to be straight and to the point and by stripping down what you need to convey, you don’t have a lot of fluff.