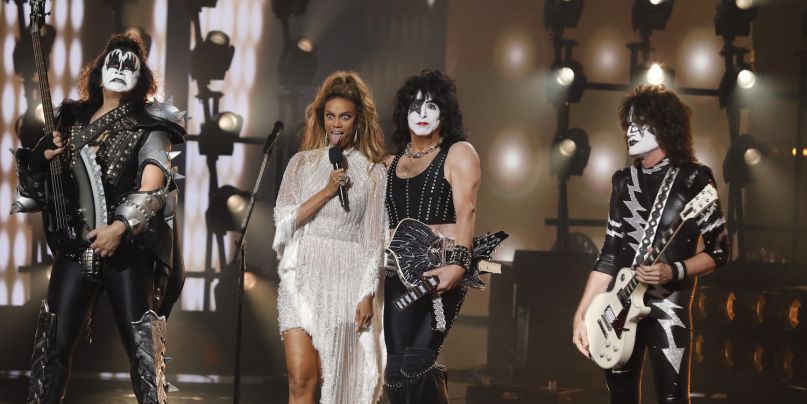 Kiss performed Detroit Rock City on Americas Got Talent and proclaimed that they would embark on a farewell tour. I remember that farewell tour since they did it in 2000-2001.

In rock history, I know of no band that had a Farewell Tour as advertised and actually said farewell. The Eagles had a Farewell Tour in 2004-2005 and they’re still touring even after Glenn Frey died. The Who are still playing 36 years after the initial farewell tour and are still going strong even though the band is only Roger and Pete.

The only time a band will actually say farewell is when it’s impossible to regroup like when John Lennon was killed, even Led Zeppelin has performed a number of times after they insisted the band couldn’t continue without John Bonham.

Farewell tours in rock n’ roll are like pro wrestling gimmicks, they’re brought out to reignite interest in a band that may be waning in interest as Kiss resorted to playing smaller towns on their last tour.